Vogue has published an interview with Jony Ive. In it, Apple’s senior vice president of design explains his company’s reason for secrecy, the importance of learning a skill, and what Apple’s next big thing could mean for consumers.

Noting that breaking into a North Korean cabinet meeting might be easier than entering Apple’s design studio, Vogue says:

Work is conducted behind tinted windows, serenaded by the team’s beloved techno music, a must for the boss. “I find that when I write I need things to be quiet, but when I design, I can’t bear it if it’s quiet,” he says. Indeed, the design team is said to have followed an unwritten rule to move away from their work whenever the famously brusque (Steve) Jobs entered the studio and turn up the volume so as to make his criticisms less audible, less likely to throw them off course.

Ive isn’t happy with the current state of design schools:

He sees design schools failing their students by moving away from a foundation in traditional skills. “I think it’s important that we learn how to draw and to make something and to do it directly,” he says, “to understand the properties you’re working with by manipulating them and transforming them yourself.”

Of the Apple Watch design process, Ive says “Everything we’ve been trying to do … it’s that pursuit of the very pure and very simple.”

“We spent a lot of time working on this special mechanism inside, combined with the built-in speaker” —he demonstrates on his wrist. You can select a chosen person, also wearing the watch, and transmit your pulse to them. “You feel this very gentle tap,” he says, “and you can feel my heartbeat. This is a very big deal, I think. It’s being able to communicate in a very gentle way.”

For anyone interested in learning more about Ive and the Apple Watch, the Vogue piece is a must-read.

The Apple Watch is likely to be released in February.

Op-Ed: Things to consider before buying an iPhone 6 Plus 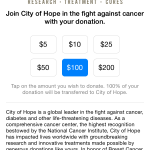 Apple accepting donations for City of Hope in honor of Breast Cancer Awareness Month
Nothing found :(
Try something else