You are using an outdated browser. Please upgrade your browser to improve your experience.
All the Stores - App Store, iTunes, & Retail
by Bryan M. Wolfe
January 28, 2015 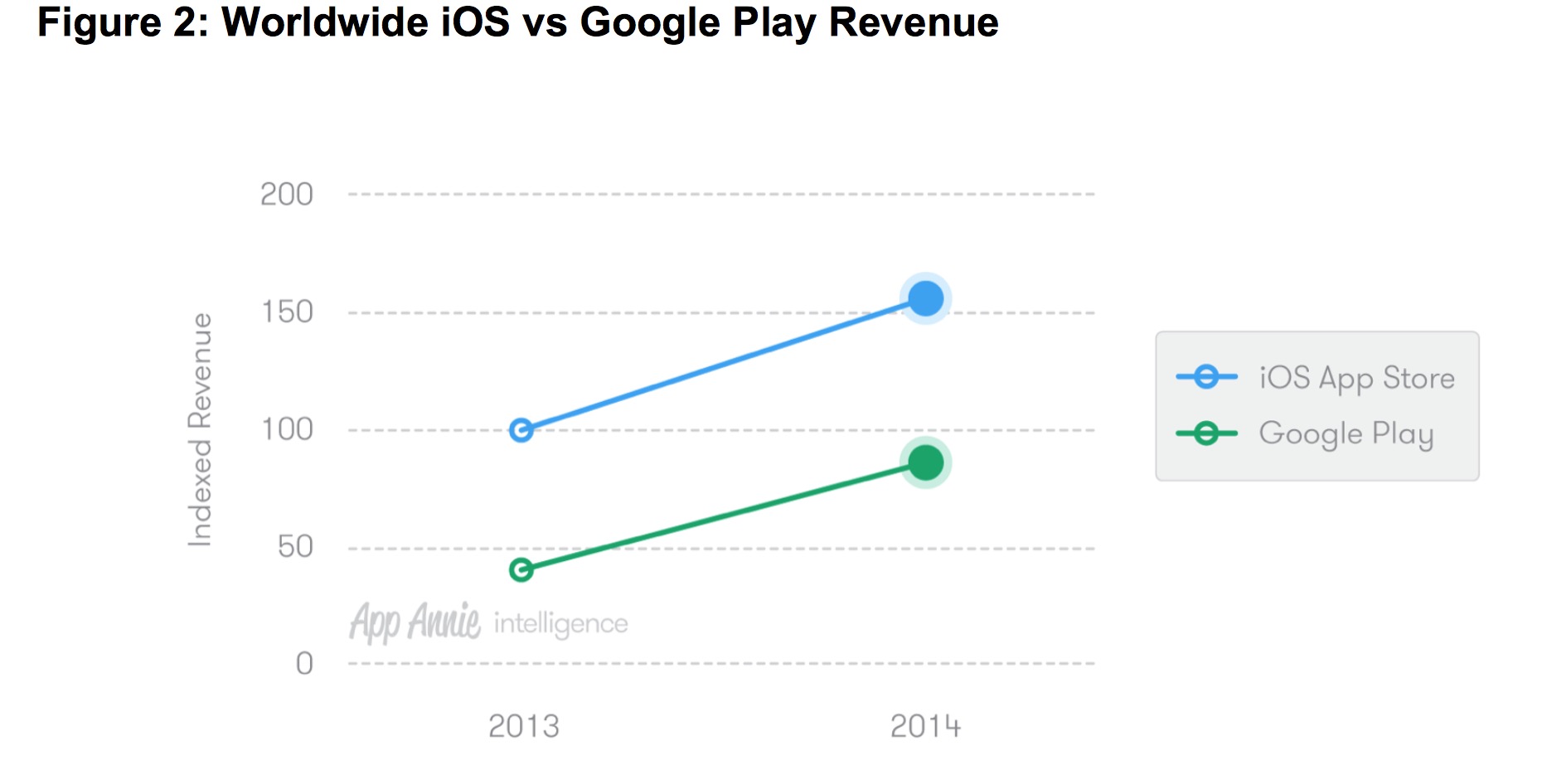 This news comes just weeks after Apple announced that iOS developers took home a record $10 billion in revenue in 2014. This was a 50 percent increase over 2013. Through of the end of December, App Store developers have earned a cumulative $25 billion in revenue from the sale of apps and games.

The App Store launched in July 2008; what would become Google Play opened in October 2008.

Apple’s competitors like to discuss market share, whether it be PC versus Mac, or Android versus PC. However, Apple continues to lead where it counts: revenues. I don’t expect to see that change anytime soon, as it relates to the App Store.