You are using an outdated browser. Please upgrade your browser to improve your experience.
iDevices
by Bryan M. Wolfe
January 7, 2015

Over the holidays, a rumor swept the blogosphere stating that Apple was prepping a next-generation 4-inch iPhone. The so-called “iPhone 6s mini” would replace the iPhone 5c as the company’s entry-level handset. This rumor was largely debunked as the calendar turned to 2015. Nonetheless, it’s a topic worth discussing.

Is there still a market for a 4-inch iPhone?

The market says no …

In September, Apple announced the release of the 4.7-inch iPhone 6, and finally joined the phablet era by introducing the 5.5-inch iPhone 6 Plus. A month later, the company released two new iPads.

Though Apple celebrated its introduction of the 9.7-inch iPad Air 2, the arrival of the 7.9-inch iPad mini 3 felt more like an afterthought.

Many are now suggesting that the iPhone 6 Plus is hurting iPad mini sales. Couple this with the strong likelihood that Apple will be releasing a 12.9-inch “iPad Pro” later this year, an interesting narrative could be forming:  Unless it’s a watch, Apple doesn’t want to produce devices with small screens anymore. 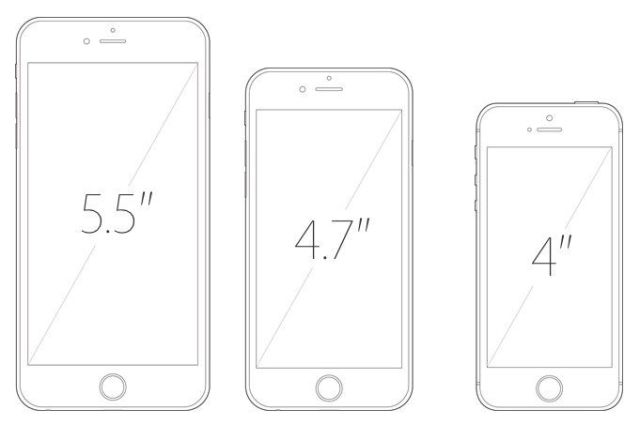 Apple never breaks out iPhone sales according to model. However, the fact that it still sells two 4-inch handsets (the iPhone 5s and iPhone 5c) could be significant.

It could show that not everyone wants a smartphone with a large screen. Of course, it might also show that some simply cannot afford to buy one of the newer models.

I remain convinced that the 5.5-inch iPhone 6 Plus isn’t for everyone. Some folks simply can’t handle the device, while others see no need to carry around something that large. The same can’t be said about the iPhone 6. In my humble opinion, 4.7-inches is the sweet spot for smartphones going forward.

Therefore, I don’t think that the world needs — or wants — another 4-inch iPhone, and Apple knows this. This doesn’t mean that 4-inch iPhones are going away in the near-term.

Come fall, the iPhone 5c is almost certainly going to get the axe. Though it was released in 2013, the device features internals from 2012. I expect that the iPhone 5s will remain for at least another year. By September, this will probably become Apple’s least expensive iPhone model.

By 2016, Apple will offer iPhone 6 models at heavy discounts, causing most to forget about 4-inch models. After all, how many people are still clamoring for a 3.5-inch iPhone?