You are using an outdated browser. Please upgrade your browser to improve your experience.
Security: The Fight Against The Bad Guys
by Bryan M. Wolfe
January 23, 2015

Apple CEO Tim Cook has agreed to allow China’s State Internet Information Office to carry out security audits on Apple products sold in the country. The move was finalized in December when Cook met with China’s information office director, Lu Wei, according to Beijing News (via Business Insider).

According to Business Insider, Apple had “no choice but to comply,” because Asia “is an increasingly important market” for the company. The agreement allows Chinese officials to inspect iPhones, Macs, and iPads sold in the country. The move comes just months after Chinese authorities allegedly used a man-in-the-middle attack to get Apple ID information from their users.

China has often accused U.S. companies of sharing user data with government officials in Washington, D.C. Apple, for its part, has always denied it.

In a note about privacy on Apple’s website, Cook notes “I want to be absolutely clear that we have never worked with any government agency from any country to create a backdoor in any of our products or services … We have also never allowed access to our servers. And we never will.”

I understand why Apple has agreed to this type of oversight. That doesn’t mean it’s right.

My biggest concern is that Chinese officials will now have access to any Apple product made in the country, including those exported to other nations. Hopefully, we’ll be hearing more about this agreement in the coming days. Specifically, we need to know what type of safeguards are in place to guarantee that our future iOS devices are protected from wandering government eyes. 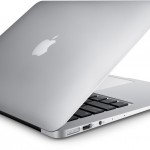 Apple posts English version of video promoting its new West Lake store in Hangzhou, China
Nothing found :(
Try something else