You are using an outdated browser. Please upgrade your browser to improve your experience.
All Things Mac
by Daniel Celeste
February 17, 2015

Maybe you didn’t know this, but your Mac’s Dock is not limited to being placed at the bottom of the display. Beyond configuring its size, magnification level, and which apps it holds, the Dock can be placed on the left or right side of your screen if the bottom isn’t a good place for your needs.

A significant portion of Mac “power” users choose to keep their Docks to the side – more specifically, the left side in most cases. And it’s not because Beyoncé told them to. Internet friends of ours including Stephen Hackett of 512 Pixels and Jeff Benjamin of iDownloadBlog are proud “side-Dockers.” So are some of our staff members.

Without a doubt, there are a good reasons for keeping your Dock on the side. Besides feeling more“natural” to some, it can free up quite a bit of precious screen real estate when you consider today’s widescreen displays.

I myself have tried keeping my Dock on the side for days at a time – weeks, even – and, in fact, as a relatively recent Mac convert, I started off having it on the left. However, for a number of reasons, it always ends up on the bottom again. Here are a few.

I’m someone who does a lot of work with multiple windows side-by-side on a 13-inch display, and having the Dock take up horizontal space forces you to laterally compress your windows more than you’d normally need to. This is something that’s hard to do in any situation, since many apps and webpages conform to a suboptimal layout the more you squish them sideways. 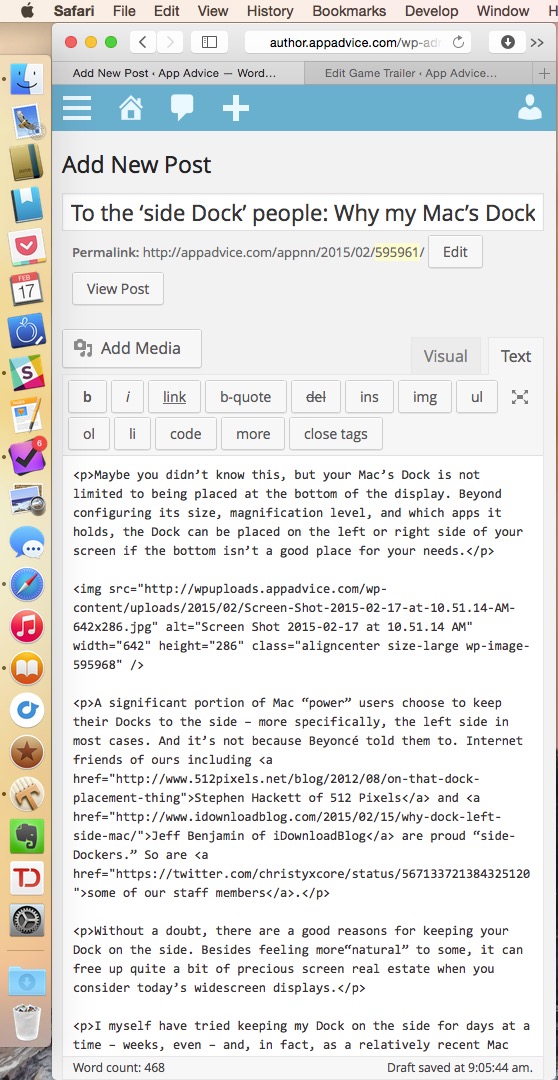 Side Docks aren’t able to hold as many apps as Docks positioned on the bottom because, well … physics. Sure, you can always remove the apps you don’t use often and access them by other means, but I still somehow manage to have a lot of apps in my Dock at any given time. Running apps are always in the Dock and can’t be removed without quitting them, while others remain there to show me notification badges or to remind me to launch them once in a while.

As far as I have been able to tell, you cannot summon the Dock on a different display if you have it on the side. 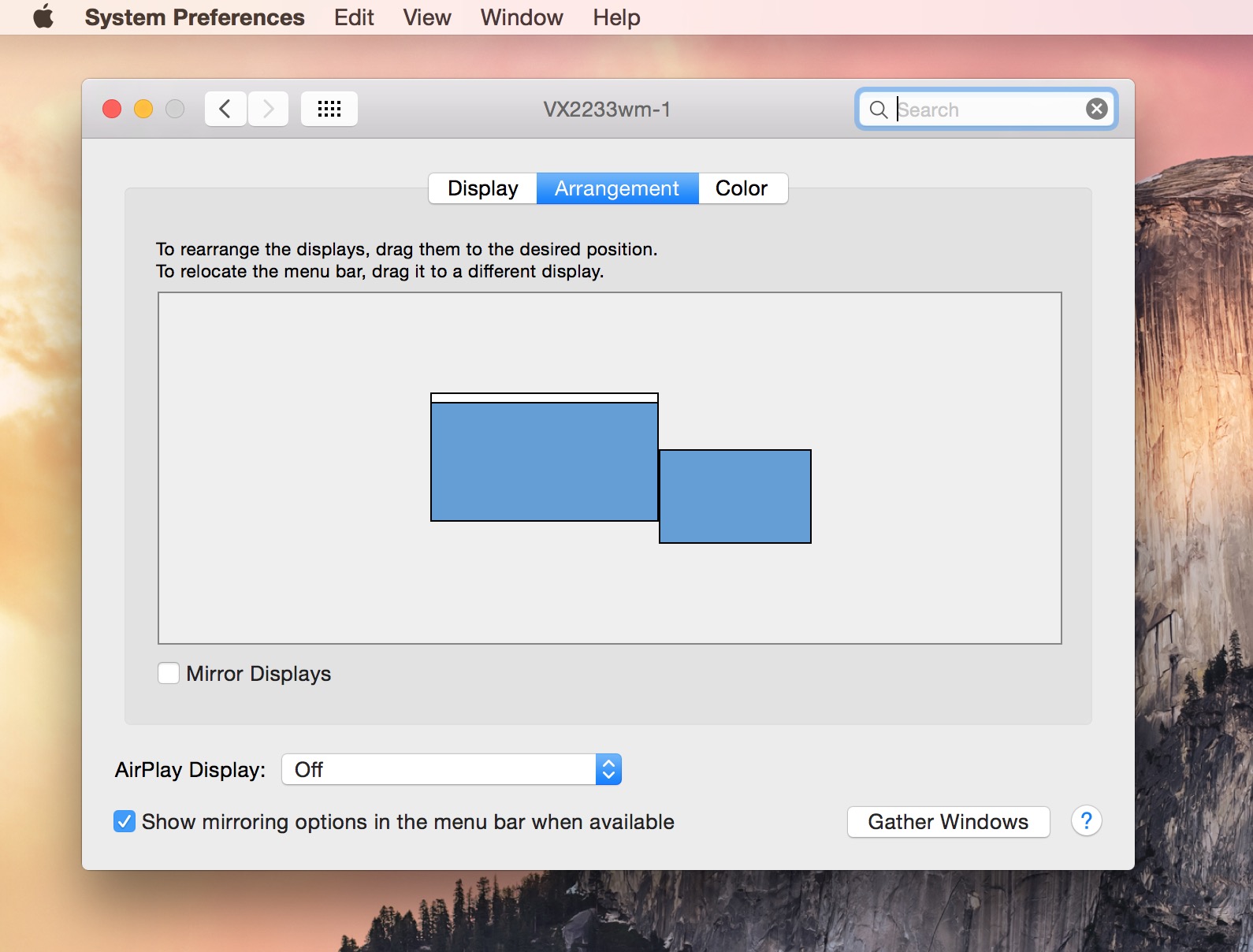 What do you think? If I have failed to acknowledge any pros or cons of either setup, I’d love to know either here in the comments or on Twitter. With that in mind, it’s important to never forget the number one rule of Dock-fu: finding what works best for you. Who knows? Maybe my Dock will be on its side again tomorrow. 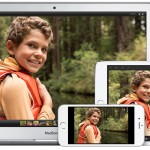 Should you pull the plug on iPhoto for Mac? 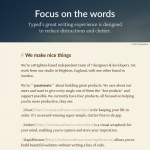 Realmac Software's Typed, a new Markdown editor for Mac, is now available
Nothing found :(
Try something else