You are using an outdated browser. Please upgrade your browser to improve your experience.
iPhotographer
by Bryan M. Wolfe
February 5, 2015

At the Worldwide Developers Conference (WWDC) in June, Apple announced that development on both iPhoto and Aperture for Mac would end. In their place, Cupertino introduced Photos for Mac, which is part of a new multi-platform photo management tool called iCloud Photos.

After being promoted on the Apple website for most of last summer, all traces of Photos for Mac were removed online soon after the company launched iOS 8 to the public in September. This led many to wonder whether we would ever see Photos for Mac come to fruition.

On Thursday, Apple finally released the first beta version of Photos for Mac. Has the wait been worth it? It’s time to find out. 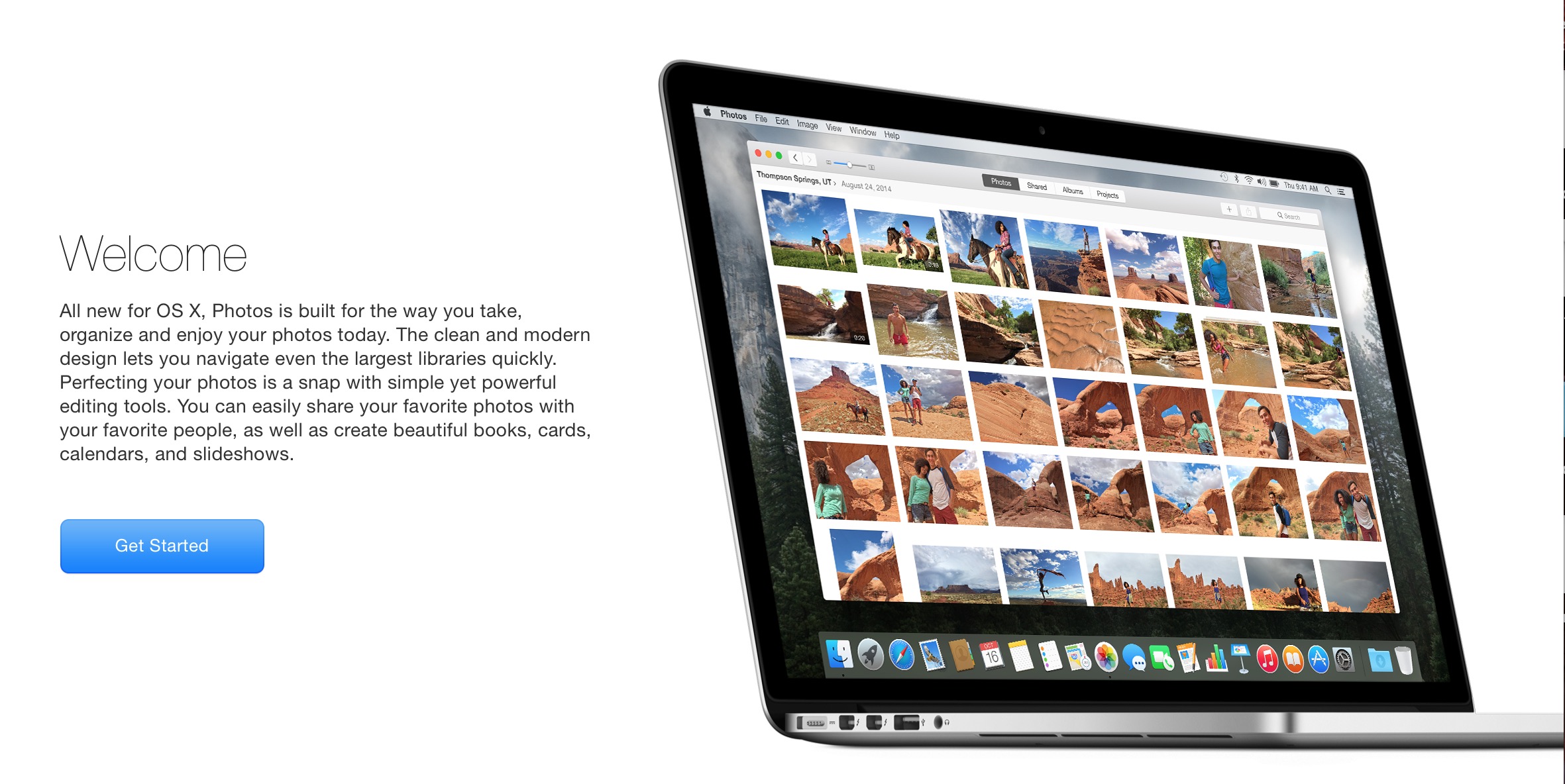 Before diving headfirst into Photos for Mac, it’s important to review where Apple has been in terms of photo organization in recent years.

In 2011, Apple introduced iCloud, which included a new service called Photo Stream. Prior to this, iTunes syncing was the only way to share batches of photos between Macs and PCs and iOS devices.

With Photo Stream, Apple would store on their servers for a period of 30 days, the 1,000 most recent photos found on a user’s multiple devices. When a photo was taken on a device with Photo Stream enabled, it was automatically uploaded to the iCloud servers. From there, the photo was automatically pushed to the rest of the user’s registered devices. After 30 days, the photos were deleted, unless they were saved to a user’s computer.

With iCloud Photos, photos are still stored on Apple’s servers, however, there is no longer a count limit. Additionally, Cupertino no longer deletes photos after a period of time.

These photos are accessible on iOS, OS X, and from iCloud.com. This configuration helps limit the amount of local storage each device needs to use, since only lower-resolution versions are stored on the device. The user has the option to keep some or all of the photos stored locally at a higher resolution. 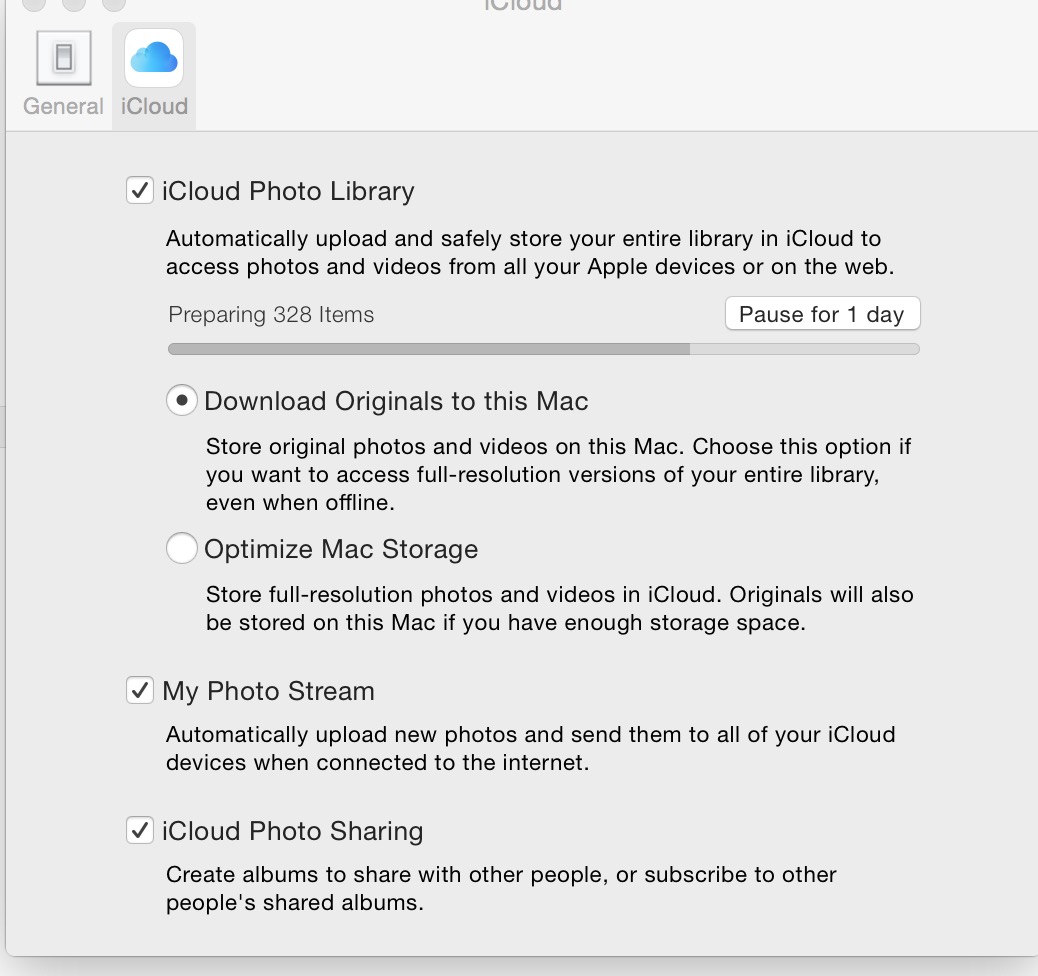 Implementing iCloud Photos has been a long process. In October, Apple released iOS 8.1, which included the first public beta for iCloud Photos for iOS devices. Soon after, iCloud Photos launched on iCloud.com, again in beta. Photos for Mac is the final piece of the puzzle, so its release is an important step for Apple.

Please note: You don’t have to use iCloud Photos, and can continue to store your images on your Mac as you always have.

Photos for Mac: An overview 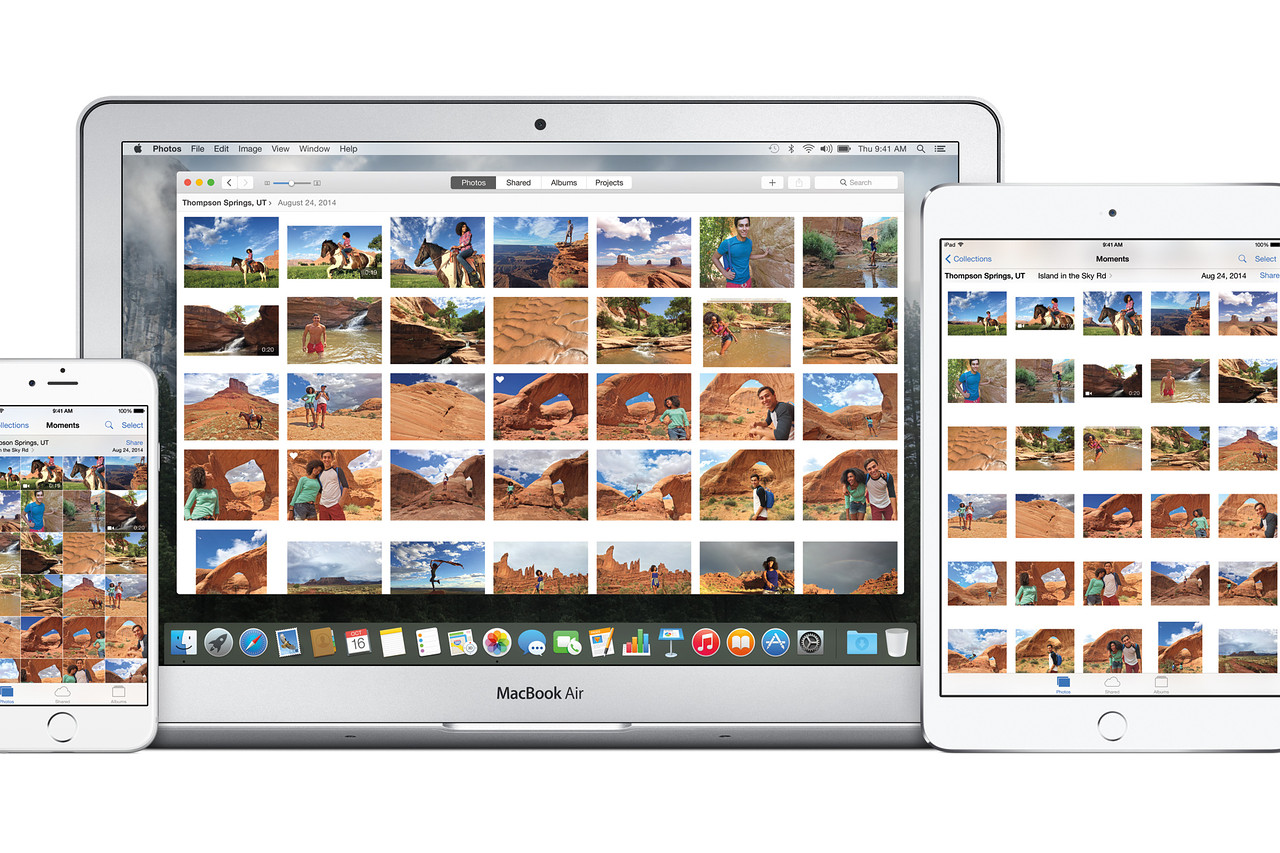 In its present form, Photos for Mac looks a lot like the Photos app version found on iOS. A top menu features four tabs: Photos, Shared, Albums, and Projects.

Under Photos, you’ll see all of your iCloud images, organized by date and/or place. Photos can be viewed individually, or as a group. You can also view a Photo Slideshow, according to date, which can be customized with themes and music.

One, or a group of photos, can be added to an Album, Smart Album, Book, Calendar, Card, Slideshow, or Prints. You’ll also find an icon to share your photos through iCloud, email, social networks, or other options.

Under Shared, you’ll see a running list of photos that you, or someone you know, has shared through iCloud. The layout here is beautiful, though it’s currently half-baked, at best. I’ve been using the iCloud Photos beta in iOS for months now. Based on this, it’s clear that the Shared tab in Photos for Mac isn’t a finished product. I would expect that future beta updates will add more features.

Finally, Projects is where you can create, edit, and find an Album, Smart Album, Book, Calendar, Card, Slideshow, or Prints. Notice that the same projects are available under the Photos tab.

The tools presented here look very nice, and nearly finished. For example, creating a Calendar is as easy as selecting a layout, and adding pictures. When finished, the project can easily be shared or sent to Apple for printing. 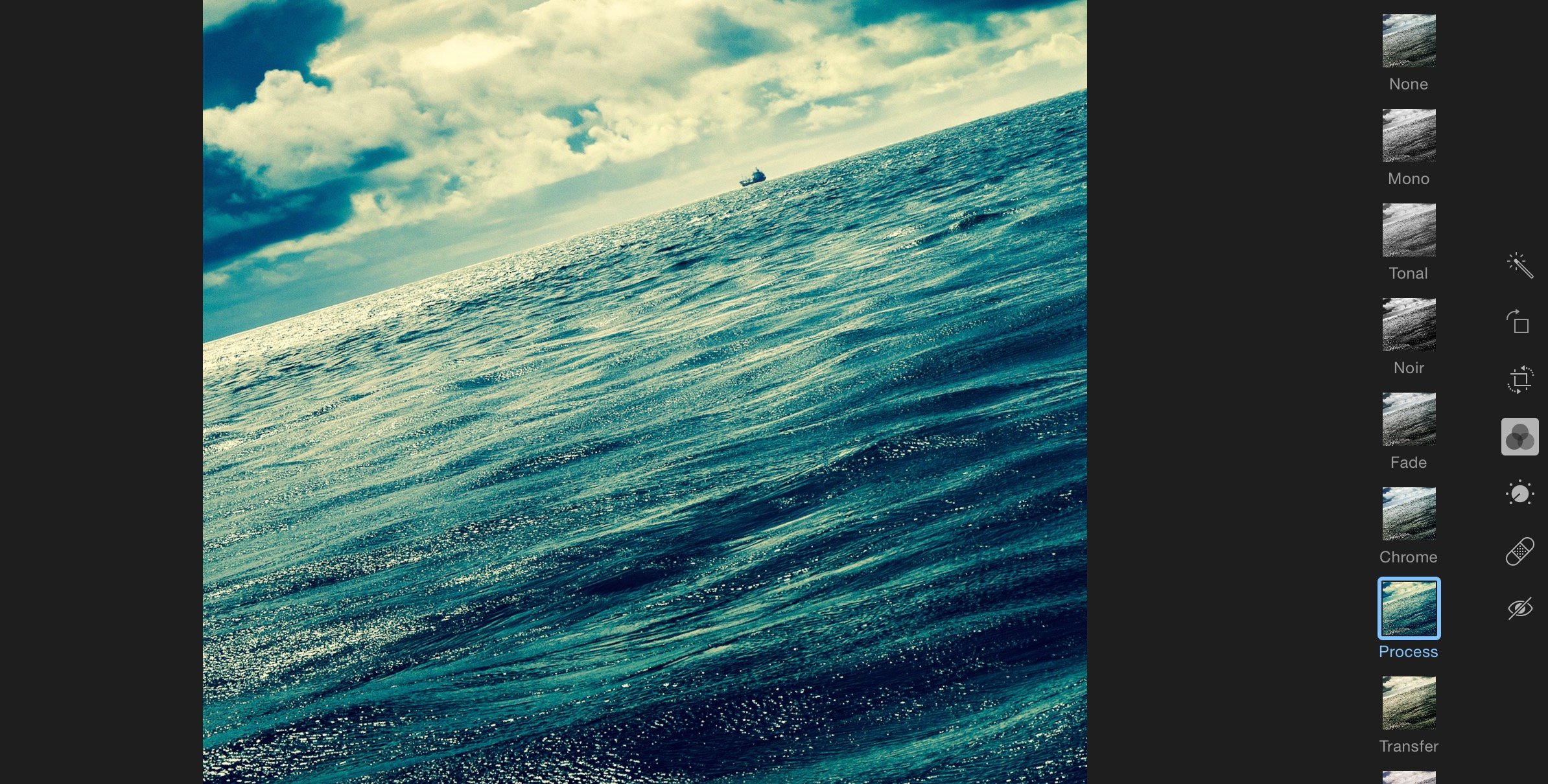 So how is the editing functionality in Photos for Mac? So far, so good, based on my early take.

To edit a photo, you’ll need to double click on it and hit the “Edit button.” From there, the screen goes dark, and the available editing tools are shown to the right of the photo. These tools are nearly identical to the ones found in the iOS 8 Photos app. They include: Enhance, Rotate, Crop, Filters, Adjust, Retouch, and Red-eye.

Again, this is beta software, so things might change before Apple releases the first public version of Photos for Mac. Nonetheless, I’m fairly impressed with what I’m seeing so far. Overall, the wait seems to have been worth it.

It’s clear that Photos for Mac is for the casual-to-enthusiastic iOS and digital camera shooter. The tools presented are intuitive, and the layout is simple to navigate — as we would expect from an Apple product.

We know many people are excited about Photos for Mac, so feel free to ask us anything. We’ll be answering your questions in the comments section of this post. 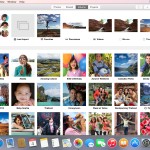 Thanks to iOS 8.1.3, iOS 8 adoption jumps to 72 percent
Nothing found :(
Try something else