You are using an outdated browser. Please upgrade your browser to improve your experience.
Apple's Software
by Jeff Byrnes
March 25, 2015

According to a report from TechCrunch, Apple has purchased cloud-based database company FoundationDB. FoundationDB provides a rock-solid, high performance database with both NoSQL and SQL access. While FoundationDB does not make any mention of the sale on its Web page, there is a notice that says the company has “made the decision to evolve our company and, as of today, we will no longer offer downloads.”

FoundationDB is well known for its speed in handling ACID-compliant database transactions, and is also seen as being very scalable. The latest FoundationDB engine has been clocked at handling 14.4 million random writes per second.

This sort of database power could prove very helpful in Apple’s cloud-based services like iCloud, iTunes, and the App Store. The App Store currently has millions of apps, with billions being served to users, and there is certainly room for improvement in those systems. The scalability and processing power of FoundationDB might prove to speed up Apple’s server-side technologies as the services continue to grow.

There is also a strong possibility that the purchased technology could be used in providing Apple’s rumored streaming television service. Serving video to a large number of users simultaneously will certainly require bolstering Apple’s systems to maintain acceptable or excellent service to the subscription-based plan’s customers.

Apple has declined to comment on the purchase, issuing only the company’s boilerplate statement that it “buys smaller technology companies from time to time, and we generally do not discuss our purpose or plans.” What we do know is that the reliability and speed of Apple’s cloud services are of the utmost importance now, and those characteristics will only become more crucial as new devices and services are added to the mix. 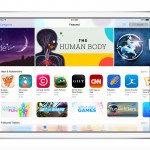 Apple Store employees will learn new sales techniques to push the Apple Watch
Nothing found :(
Try something else