You are using an outdated browser. Please upgrade your browser to improve your experience.
That iThingy You're Wearing
by Jeff Byrnes
March 2, 2015

One of the biggest concerns about the upcoming Apple Watch is battery life. We don’t know for certain how long the battery will last on the Apple Watch yet, but suggestions are a day of normal use. A new report by the The New York Times gives us some hope that we might be able to get a bit more battery life out of the smart watch, though, through a power reserve mode.

Power reserve mode has not been announced by Apple yet, but it’s expected to be announced at the March 9 “Spring Forward” event. The mode will run the watch on low energy, displaying just the time and disabling all other smartwatch features, according to an employee speaking anonymously about the Apple Watch.

This power-saving mode should be good news to people worried about the watch running out of power near the end of the day, and shutting completely off. With power reserve mode, you will at least be able to use the watch as a timepiece, even when it doesn’t have enough battery life to use all of the smartwatch functions. 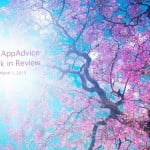 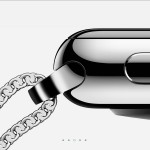 Tim Cook says he can’t live without his Apple Watch
Nothing found :(
Try something else