You are using an outdated browser. Please upgrade your browser to improve your experience.
That iThingy You're Wearing
by Jeff Byrnes
March 13, 2015

If you thought the gold in the Apple Watch Edition was something new, a report from Cult of Mac says you’ve been fooled. Bloomberg, Gizmodo, Slate, and several other news sources have been pointing to a recent patent by Apple to create a metal matrix composite by mixing together gold and ceramic particles. Such a composite would supposedly allow for a super-hard substance that would also reduce the amount of gold needed to craft the smartwatch, but experts agree that the substance is almost certainly not what Apple is using in its wearable.

Atakan Peker is a materials scientist and one of the co-inventors of Liquidmetal, a substance that Apple holds an exclusive license on. Peker told Cult of Mac that it is extremely unlikely that Apple is using any kind of “new gold” for the Watch, because Jony Ive described the gold as an alloy of silver, copper and palladium. “Ive then describes how the alloy is cast into ingots, rolled and formed into billets, and machined to form the Apple Watch Edition’s case, buckle and Digital Crown,” Cult of Mac reports.

According to Peker, Ive’s video would show a much different process if Apple was using a composite. While alloys are created by melting different metals together, a composite is formed by mixing powders of gold and ceramic together, sintering and then heating them. The video makes it clear that an alloy is being used, not a composite, and no mention is made of ceramics, composites or any other unusual techniques.

As more evidence that Apple is not using ceramics in the Watch, the patented composite would not be appropriate for watchmaking, according to both Peker and jewelry designer Sara Shaughnessy. Peker says such a composite would be nearly impossible to put a jewelry-quality polish and finish on, and Shaughnessy agreed. Shaughnessy told Cult of Mac that the composite material would not be able to be melted, cast, soldered, or formed. It would have to be pressed into the shape of the Watch and then polished. “And even the polishing might be different then (sic) normal gold with its unusual hardness,” Shaughnessy informed Cult of Mac.

Given the expense of the Apple Watch Edition, starting at $10,000, it is disappointing to learn that the substance being used is not something other than a standard gold alloy. After all, using a gold alloy still means using less gold than if the Watch was crafted from solid gold alone, so what is the reason for such a markup on the weight of the gold? It is clear that the gold is not some super-hard variety, so it is difficult to understand the exorbitant price of the Apple Watch Edition. 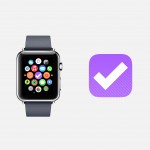 From WatchAware: OmniFocus on Apple Watch will bring GTD to your wrist 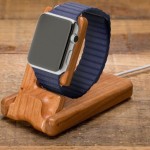