You are using an outdated browser. Please upgrade your browser to improve your experience.
iOS Reading
by Bryan M. Wolfe
March 24, 2015

The unauthorized biography, “Becoming Steve Jobs: The Evolution of a Reckless Upstart into a Visionary Leader

,” is now available for purchase. The book, which was written by Brent Schlender and Rick Tetzeli, had been heavily promoted by Apple leading up to its release.

Weighing in at 464 pages, “Becoming Steve Jobs” is based on Schlender’s more than 25 years of interviews with the late Apple co-founder, as well as interviews with those closest to the man. In the book, Apple CEO Tim Cook says Walter Isaacson’s “Steve Jobs” did a “tremendous disservice” to Jobs.

For example, Apple’s chief of software and Internet services, Eddy Cue, said on Twitter last week, “Best portrayal is about to be released – Becoming Steve Jobs (book). Well done and first to get it right.” Apple’s iBooks account also came out on Twitter in support of the new book, saying “‘Becoming Steve Jobs’ is the only book about Steve recommended by the people who knew him best.”

Best portrayal is about to be released – Becoming Steve Jobs (book). Well done and first to get it right.

As Jeff Byrnes noted last week, “It is rather unusual for Apple to engage in such book-on-book criticism, and shows that Apple wants to reshape the posthumous image of Jobs as a kinder spirit, rather than the one-dimensional temperamental and pushy chief that Isaacson made him out to be. Apple gave the authors of “Become Steve Jobs” interviews with four different execs, including Tim Cook.”

I haven’t started reading “Becoming Steve Jobs,” but plan to do so soon. How about you?

You can download the book via the iBooks Store for $12.99. A Kindle edition is available through Amazon 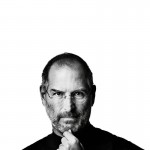 The best iTunes discoveries for March 20, 2015: No college hoops here
Nothing found :(
Try something else