You are using an outdated browser. Please upgrade your browser to improve your experience.
Connected Car
by Jeff Byrnes
March 5, 2015

German car magazine Auto Motor und Sport said that Apple is working with BMW to develop an electric car, but the automaker has denied that claim, according to 9to5Mac. The report in the German automobile magazine stated that Apple was impressed with BMW’s carbon-fiber electric cars.

A BMW spokeman later told Reuters, “We are in regular talks with companies from the IT and telecommunications sector, including Apple, concerning topics like connected vehicles. Developing or building a car is not a topic of these discussions.”

What BMW did not comment on, though, was the claim that Apple might be working on an “operating system” for the BMW i3 electric car. The report from Auto Motor und Sport said that the integration of an Apple-based OS in the i3 would “allow not only iPhone, Apple Watch, iPad, laptop and Mac computers to communicate and exchange data, but it also could be integrated with the car’s fuel consumption and movement data.”

A number of iPhone-compatible accessories already allow interfacing with a car’s ODBII port to read data from the car’s computer. For example, the Dash app and device gives you real time feedback on your driving as well as diagnostics on your vehicle’s performance. Tighter integration with an Apple-based OS could do away with the need for dongles plugged into the ODBII port. Such integration could allow car owners to track information about their automobiles like battery life, average speed, engine trouble codes, and other mechanical details. 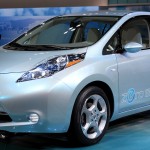 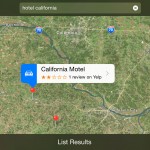 Apple Maps adds data from GasBuddy and GreatSchools
Nothing found :(
Try something else