You are using an outdated browser. Please upgrade your browser to improve your experience.
iPhotographer
by Jeff Byrnes
March 4, 2015

Aperture and iPhoto are about to go away, thanks to a new Photos app that is currently available in public beta and should be released soon. With the new Photos app, we have seen what could be a storage headache or at least a very expensive task. A new shareware app released March 3, 2014, Duplicate Annihilator for Photos aims to help with that by eliminating your duplicate images.

Duplicate Annihilator compares all of the images in your Photos library using effective algorithms to make sure all of the duplicates are found and deleted. It detects duplicates, all imported thumbnails including those of faces, missing image files, and corrupt JPEGs.

The app uses different algorithms to detect and understand the differences in photos, finding replicas through a variety of methods. Duplicates are marked with a description to make them easily found using Photo’s search or smart folders, allowing you to quickly and easily delete the extra images.

Duplicate Annihilator is downloadable as a demo that only scans up to 500 images, and costs $7.95 to unlock the full version. Compared to having to pay for extra iCloud storage space for all of your photos, this could be a big cost savings. 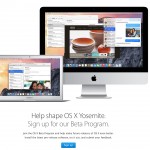