You are using an outdated browser. Please upgrade your browser to improve your experience.
iStores
by Jeff Byrnes
March 31, 2015

If you want to buy an iPhone or iPad on contract from a German Apple Store, your choices just dropped to one carrier: Deutsche Telekom. According to a report from 9to5Mac, Vodafone and O2 contracts for both iPhones and iPads have been dropped from Apple’s brick and mortar stores.

If you are in Germany and want to get an iPhone or iPad with O2 or Vodafone, you will have to go to one of those two carriers to buy your device, sources say. Apple’s online store for Germany does not offer iPhones or iPads on contract with Vodafone or O2, either.

It’s unclear why Vodafone and O2 contracts have been dropped from the German Apple Store offerings. All that we know is that the contracts between Apple and those carriers expired, and were not renewed. German customers purchasing an iOS device from one of the country’s Apple Stores are limited to prepaid options or Deutsche Telekom for a postpaid contract.

This is much different from how iPhones are sold in the U.S. If you go to an Apple Store, you can get your iOS device on any of the major carriers right there. 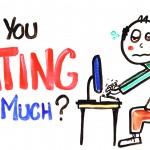 Get Up - Work Break Timer encourages you to be more active
Nothing found :(
Try something else