You are using an outdated browser. Please upgrade your browser to improve your experience.
iDevices
by Jeff Byrnes
March 11, 2015

It is looking more and more likely that Apple will bring its Force Touch technology to the next generation of the iPhone, according to a report in The Wall Street Journal. Force Touch was first introduced in the Apple Watch last September and has also found its way into the latest model of the MacBook, announced during Monday’s Spring Forward event.

Force Touch is a pressure-sensitive input method that allows for a deeper, longer press to be interpreted as a secondary type of input instead of a standard one. This could open up a wealth of options for a completely touch-based smartphone.

On the new MacBook and the new 13-inch MacBook Pro with Retina Display, the Force Touch pad acts and feels like a normal Mac trackpad. It has the satisfying click when pressed, but the motion is actually limited to less than one nanometer of travel. If you press once for a normal click, you can then press a second, deeper time after the first to get to a secondary function or perform some other action, all without having to right-click or open a menu.

Force Touch would open up all sorts of new controls for games, for instance, and would allow for a more sophisticated input response in something like GarageBand. For example, a light and a hard press could be used to make two different types of sounds created by a virtual keyboard.

The same WSJ report also says that a new color option, pink, could be introduced. The pink color is currently in testing, and it may or may not end up making it to the final product. 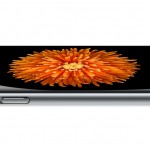 After the Apple Watch, attention to shift towards the 'iPhone 6s' and 'iPhone 6s Plus'
Nothing found :(
Try something else