You are using an outdated browser. Please upgrade your browser to improve your experience.
Connected Theater
by Jeff Byrnes
March 24, 2015

Showing just how important live streaming has become, the National Football League will be taking on a grand experiment this year. According to a report in The Wall Street Journal, the NFL put up bidding rights for a single game to be streamed online live, broadcasting that event on a national digital platform instead of national television.

Details are still sketchy about who will carry the matchup, however. NFL executives say plenty of interest has already been shown in purchasing the digital rights to the experimental game, but very few of the usual suspects have commented on the move. A Netflix spokesman called the NFL’s move “an interesting experiment,” but pointed out that such a broadcast would not be something the streaming video on demand service would have an interest in.

NFL executive vice president Brian Rolapp told the WSJ, “For us it’s just about trying to get smarter; the world is changing quickly.” Television is still the best way for the NFL to distribute its games, Rolapp says, but this move shows that the football league is at least considering other broadcast avenues. Cord cutters have become a large portion of Americans, and live sports coverage remains one of the weak spots in being able to completely sever ties with cable and satellite television providers.

Rolapp said the league will not require much in the way of technological prerequisites for bidding on the package, so any site or streaming service can bid. It would definitely be nice to see the game come to the Apple TV, but the selection is still in its early stages and no word has come out about who is making an effort to win the broadcast rights.

In this experiment, a week seven game pitting the Buffalo Bills against the Jacksonville Jaguars will stay on over-the-air television in the teams’ home markets, but the game will be opened up for bidding among the various digital platforms that offer live streaming television on the Internet. Jacksonville and Buffalo are struggling to maintain any sort of relevance in the league, so this game could bring much-needed attention to the teams.

The game itself is pretty meaningless, and the digital broadcast is just an experiment. However, it does demonstrate that the NFL is recognizing that a large portion of its potential audience has cut the cord, so the league needs to find other means to market to them and deliver games through media other than television.

The Buffalo-Jacksonville game is scheduled to be played in London on Oct. 25 at 9:30 a.m. EDT. This unusual kickoff time means the match will be on during prime time viewing hours in China, where the league expects to broadcast the game. 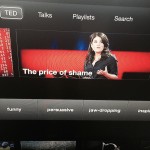