You are using an outdated browser. Please upgrade your browser to improve your experience.
Apple's Software
by Jeff Byrnes
March 10, 2015

According to a report from The Intercept, researchers at the Central Intelligence Agency have been working for several years to break the security of Apple’s iPhones and iPads. National Security Agency whistleblower Edward Snowden provided several documents to The Intercept detailing the CIA’s efforts to hack into the mobile devices’ firmware.

At a secret annual gathering called the “Jamboree,” security researchers presented their newest tactics and achievements toward busting through the security keys used to encrypt the data stored on Apple’s devices. Researchers have targeted those methods of encryption to win out against Apple’s attempts to provide mobile security to hundreds of millions of Apple customers. If successful, spies would be able to plant malicious code on Apple devices and find possible vulnerabilities in other parts of the iPhone and iPad that are masked by encryption.

Security researchers also disclosed that they had created a modified version of Xcode, Apple’s proprietary software development tool. The altered Xcode software could sneak surveillance backdoors into apps or programs created by the tool. How the compromised Xcode software would ultimately be distributed is a mystery, however, because Xcode is only distributed by Apple.

On top of all of that, researchers claimed they had modified the OS X updater, which is used to deliver software updates to notebook and desktop computers. The exploited software can be used to install a “keylogger” onto computers running Apple’s OS X.

The CIA declined to comment on the story, and Apple pointed to its many released statements on the company’s stance on security and privacy. Apple has long been a proponent of privacy and security, with Tim Cook serving as the only tech CEO to speak at a White House cybersecurity summit. At the meeting, Cook steadfastly refused to cooperate with government demands to weaken security in Apple products. 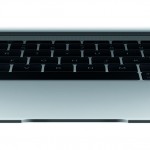 Sorry Apple Watch, but the new MacBook was the star of this week's 'Spring Forward' event

Apple’s revamped Beats Music service may cost the same per month as Spotify and others
Nothing found :(
Try something else