You are using an outdated browser. Please upgrade your browser to improve your experience.
The People Behind Apple
by Jeff Byrnes
March 26, 2015

Fortune magazine has announced its 2015 list of the World’s 50 Greatest Leaders, and Apple’s Tim Cook is at the top of the list. Under Cook’s leadership, Fortune says, Apple’s stock has hit all-time highs while the Apple Watch and Apple Pay demonstrate that the company has a continued appetite for innovation. Furthermore, through Cook’s announcement that he is gay, the CEO has become a global role model.

We cast a wide net in assembling our list, which includes leaders without any formal designation as well as elected government officials, CEOs, chiefs of NGOs, clergy, coaches, athletes, artists, and more – all judged on their leadership within their professional domains, industries, or fields of service or governance.

The editors go on to point out that they were not looking just for brilliant, admirable, or even supremely powerful leaders. Instead, they set out to identify those leaders who have a vision and who motivate others to act as well, bringing their followers with them in an effort to see that dream become a reality.

Along with Fortune’s inclusion of Cook at the top of their list of leaders, the magazine interviewed the CEO about a wide range of topics. From the interview, it is clear that Cook’s leadership of Apple is dramatically different from his predecessor’s, with Cook behaving “much more like a coach who trusts his players than the manipulative mastermind Jobs was.”

That mentoring and coaching attitude has led to a strength and stability in the senior management ranks that was unexpected. Eddy Cue, senior vice president for Internet software and services, pointed out, “He never tried to be Steve. He tried to always be himself. He has been very good at letting us do our thing.”

Cook told Fortune that he has learned much since taking over for Jobs, and he explained how he dealt with the scrutiny that goes with the territory of being CEO at Apple. “I have thick skin,” he said, “but it got thicker. What I learned after Steve passed away, what I had known only at a theoretical level, and academic level maybe, was that he was an incredible heat shield for us, his executive team.” 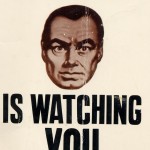 Apple, others, want the USA Patriot Act revised or not renewed

Consumers might get shortchanged with a new 4-inch 'iPhone 6c'
Nothing found :(
Try something else