You are using an outdated browser. Please upgrade your browser to improve your experience.
Jailbreak Time
by Jeff Byrnes
March 3, 2015

If you are hesitant about updating to iOS 8.2 when it releases because you are afraid you won’t be able to jailbreak your device, fear not. The developers at the TaiG jailbreak team, according to a recent report, already have a solution ready for iOS 8.2.

If the jailbreak team does already have the capability to unleash the full power of 8.2, it could mean that they have already found newer exploits to crack iOS 8.2 if Apple patches up the holes currently being used. TaiG won’t tell us one way or the other, of course. Not until Apple officially releases iOS 8.2 and the jailbreak is complete.

Reports had hinted that iOS 8.2 would release on Monday, but that day has come and gone without sign of the new update. 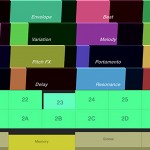 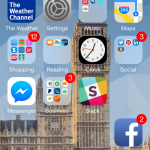 New Web app Makeovr lets you customize your Home screen
Nothing found :(
Try something else