You are using an outdated browser. Please upgrade your browser to improve your experience.
by Bryan M. Wolfe
April 1, 2015

As many noted, this was an April Fool’s joke. We hope you enjoyed it.

Apple is about to change the smartphone scene once again, and this time they may upset a lot of users.

According to numerous sources, the tech giant is expected to announce the “iPhone 7” and “iPhone 7 Plus” in the coming days. The unexpected springtime launch will come just seven months after the iPhone 6 and iPhone 6 Plus were introduced, and will coincide with the April 24 release of the first-generation Apple Watch.

So why is Apple introducing the iPhone 7 now?

Our sources, who want to remain anonymous, indicate that the decision was made soon after the company announced record iPhone sales in the holiday quarter of 74.5 million units.

“We need to keep the momentum going, especially with the Apple Watch coming,” said our contact.

As we understand it, the new iPhone lineup will include a 4.7-inch iPhone 7, 5.5-inch iPhone 7 Plus, and the 4-inch iPhone 5s. The iPhone 6, iPhone 6 Plus, and iPhone 5c will be discontinued with the move.

The iPhone 7 and iPhone 7 Plus are expected to feature Apple’s new “A9” processor. Both handsets will be available with 32GB, 64GB, or 128GB of storage. The current iPhone 6 models start at 16GB and don’t include a 32GB model. Prices on the 2015 handsets are expected to match those from 2014.

This isn’t the first time Apple has replaced an iOS device just months after it was released. In March 2012, Cupertino introduced the iPad 3. Seven months later, the iPad with Retina display was released, as the iPad 3 was retired.

The iPhone 7 and iPhone 7 Plus will be the first Apple handsets released in the spring.

We’ll continue to follow this story and update it when necessary. 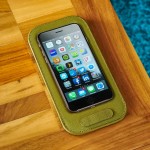 CalypsoPad takes the wobble out of putting your iPhone 6 down 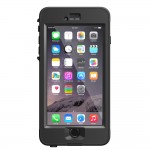 Was the iPhone 6 Plus LifeProof Nüüd case worth the wait?
Nothing found :(
Try something else