You are using an outdated browser. Please upgrade your browser to improve your experience.
iDevices
by Bryan M. Wolfe
April 22, 2015

Are you waiting for the arrival of a new 4-inch iPhone? Your wait might be extended into 2016, according to analyst Ming-Chi Kuo. His latest note to investors was first published by AppleInsider.

According to Kuo, Apple is likely to discontinue the iPhone 5c later this year, but keep the iPhone 5s. In doing so, the latter would become the company’s new low-end iPhone. Waiting until next year to release a new 4-inch iPhone will “be key to extending momentum” for users who prefer smaller phones, the analyst said.

We’re heard conflicting reports on whether Apple would refresh the company’s 4-inch iPhone lineup this year.

In December, Cowen and Company’s Timothy Arcuri become the first analyst to suggest that a new model was on the table for 2015. By January, that assessment was largely debunked. Last month, DigiTimes said the “iPhone 6c” would launch later this year and come with the A8 chip found on the iPhone 6 and iPhone 6 Plus.

The iPhone 5s and iPhone 5c were introduced in 2013. With this in mind, I’m not sure that Kuo’s comments are correct. I really don’t see Apple waiting three years between 4-inch iPhone releases. Besides, Cupertino has heavily promoted Apple Pay in recent months, and neither of the two current models support this feature. 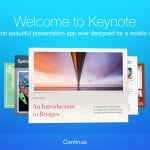 Apple is offering developers expedited Apple Watch deliveries through a lottery system
Nothing found :(
Try something else