You are using an outdated browser. Please upgrade your browser to improve your experience.
Apple In Court
by Jeff Byrnes
April 1, 2015

Patents can be both boring and exciting at the same time, depending on how you look at them. On the one hand, they are the life-breath of American innovation and the protector of the individual inventor. You know the guy – the type who everyone thinks is a bit loony as he works for days, months, or even years in his basement or garage on the next hot new gadget that he’s convinced will revolutionize the world as we know it.

On the other hand, patents breed trolls who hoard these ideas without any intent of ever bringing them to market on their own. These nefarious folks file patents and then let them sit, sometimes waiting for years until a startup or an even bigger fish comes along with the same idea, only to embroil them in an infringement lawsuit over a product or idea they never intended to do anything with in the first place.

Apple has been the victim of many patent trolls over the years, sued by companies that don’t manufacture any products but jump quickly to litigate against anybody who comes up with an idea remotely similar to their concept. These patent trolls are the reason so many people want to see our intellectual property laws overhauled. The current regulations make it all too easy for abuse of the system. But repairing patent law must be done carefully to both protect intellectual property while also furthering innovation. Sen. Chris Coons of Delaware points out:

Some reforms that have been marketed as fixes to the trolling problem – particularly those that make it much hard to enforce a valid patent against a larger company or a foreign copyist – would do far more harm than good by weakening the entire patent system.

The idea of companies that just hold on to patents with the notion of extorting money from true innovators is not what the American dream is all about. If someone is actually developing a product based on their patent, that’s one thing, but for an entity to license an idea without intending to do anything with it other than nail those who might actually bring that invention to life? That only serves to stifle innovation.

Inventors, whether they’re computer programmers or scientists, want the freedom to develop their ideas from the drawing board into reality, and these innovators are vital to America continuing to develop new products and move technology forward. The current patent laws need to be fixed, but Congress must keep a wide view of American innovation. The system should be overhauled into a protective net that serves innovators of all sorts: from those who create life-saving drugs over years of clinical trials and testing to the programmers who come up with the next great thing in virtual reality, and everyone in between. 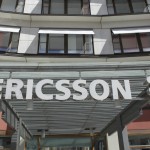 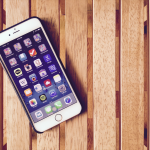