You are using an outdated browser. Please upgrade your browser to improve your experience.
Connected Theater
by Jeff Byrnes
April 10, 2015

It’s every sports fan’s nightmare: two games are on at the same time, and you miss a big play in one match because you were watching the other channel. Wouldn’t it be great if you could watch them all at the same time? With a new product being crowdfunded on Kickstarter, you can do just that. The upcoming device and app are called 4SeTV, and allow you to customize your TV experience while making the most of your big screen.

This first-ever device allows you to tile four TV channels on the same screen. Using an iOS or Android mobile device, you can select any four channels with a simple touch interface on the 4SeTV app. The device can also stream different shows to four separate devices, so family and friends can watch what they want at the same time. Prefer to watch the big game on your iPad? The 4SeTV device can stream HD content to a smartphone or tablet in addition to your television.

This new product is not a perfect solution, unfortunately. It utilizes free, over-the-air broadcasting without support for cable or satellite TV boxes. This means you may be limited in what you can view if you live in an area with poor OTA reception. The 4SeTV box itself also has a pretty major design flaw, because it lacks an HDMI output port. To get the signal to your television, you need to have a DLNA-compatible smart TV or use something like the Google Chromecast.

The Kickstarter campaign for 4SeTV has raised just over $39,000 of its $50,000 goal, and there are 56 days until the campaign ends. If you want to get in on the action, you can help back the project. A $99 pledge will let you get your hands on the 4SeTV as an early adopter for $80 less than the expected retail price of the device. 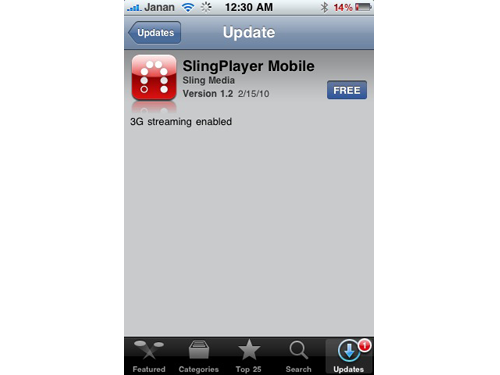 SlingPlayer Mobile Finally Gets Its 3G
Nothing found :(
Try something else