You are using an outdated browser. Please upgrade your browser to improve your experience.
That iThingy You're Wearing
by Jeff Byrnes
April 6, 2015

Marketing for Apple Watch has been conspicuously absent in Switzerland, the country known for timepieces. The reason for this lack of advertising, according to a report from Radio Television Suisse, appears to be a trademark dating back to 1986 that covers the use of the word “Apple” as well as the image of an apple on any clocks or timepieces.

Leonard Timepieces SA, owned by William Leong, is the holder of the trademark. The company applied with the Swiss Federal Institute of Intellectual Property in Berne, Switzerland on Dec. 5, 1985 for the trademark, which was approved and registered on Feb. 28, 1986.

The application was made under international class 14, which covers “Precious metals and their alloys and goods in these materials or coated therewith, not included in other classes; jewelry, precious stones; clocks and timepieces.” The trademark registration expires Dec. 5, 2015, and Leong is reported to be in the process of negotiating with Apple to purchase the trademark “at no doubt a high cost.” The possibility of Leonard Timepieces SA renewing the trademark is certainly a real one, especially if enough Swiss watchmakers press the owner to do so.

However, Leonard Timepieces SA has never created a watch using the Apple logo depicted above, and Gregory Pons of Business Montres stated in an interview with Radio Television Suisse that Leong “was not entirely clear on the subject of why he registered the name other than I gathered that one of his daughters was probably named ‘Apple.’” It would seem that Apple could likely win out in court over this never-used trademark.

Whatever the reason for the trademark, it has effectively blocked Apple from marketing its wearable in the country most well known for timepieces. The impasse is, of course, only symbolic. Any Swiss who wish to purchase an Apple Watch need only travel to a neighboring country to purchase the wearable. The question, though, is whether the Swiss watchmakers will allow Apple to purchase the trademark or wait out its expiration, taking on the smartwatch head-to-head with their own products. Or, will they press for the trademark to be renewed and keep Apple Watch out of Switzerland’s marketplace?

Apple Watch preorders begin on April 10, and the wearable will reach store shelves on April 24. 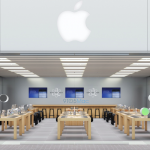 Here's how Apple Retail Stores are celebrating the launch of the Watch
Nothing found :(
Try something else