You are using an outdated browser. Please upgrade your browser to improve your experience.
Apple's Software
by Jeff Byrnes
April 9, 2015

Every new release of iOS has its initial quirks, and we have already found the first such bug in 8.3. For a growing number of users, upgrading to the latest software version for their iPhones and iPads seems to have broken the ability to use Touch ID in the App Store.

Many users have turned to the Apple Support Communities and Reddit to report the issue. This is affecting multiple iPhone and iPad models, including the iPhone 5S, iPhone 6, iPhone 6 Plus, and iPad Air 2. The issue is occurring whether owners updated over-the-air or via iTunes, and on multiple carriers. The bug does not, however, seem to be affecting everybody with those devices.

It doesn’t matter whether or not Touch ID is enabled in Settings > iTunes & App Store, and it does not help to disable the option and then turn it back on. In fact, there does not seem to be any proper solution or even workaround to the issue just yet. This might be something that Apple has to fix by way of a minor point update, like it did in iOS 8.0.2 when the original iOS 8.0.1 update broke Touch ID and Wi-Fi completely.

While iOS 8.3 was heavily tested, both through the normal developer channels and the new public beta, this problem did not seem to appear under those builds. How it slipped into the released 8.3 is a mystery, but at least the bug is an inconvenience instead of a major security flaw. 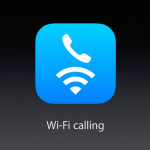 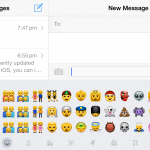 Apple's iOS 8.3 brings new, more diverse emoji to our iOS devices
Nothing found :(
Try something else