You are using an outdated browser. Please upgrade your browser to improve your experience.
Connected Theater
by Jeff Byrnes
April 2, 2015

New details are surfacing about Apple’s rumored TV streaming service. According to a report from Re/code, Apple not only wants the TV guys to provide their shows, but wants them to provide the streams, too.

Industry executives are saying that Apple wants TV networks to handle all of the responsibility and cost for streaming content to the Web video service, contributing to the many unresolved questions about the proposed service. The proposal isn’t unheard of, of course: the video services that stream via Apple apps today already provide their own streams using content delivery networks like EdgeCast.

Still, most streaming services haven’t experienced a lot of demand so far. Other than Netflix, which streams billions of hours of video every three months, the demand has been pretty light. With a heavily-promoted Apple service, though, that demand could increase dramatically. Morgan Stanley research analyst Katy Huberty has stated that she believes Apple could add 15 million subscribers to its TV service just in the first year.

Whatever the case may be, these talks at least tell us one thing: Apple is almost certainly working to bring a subscription-based TV service to market. We expect to see the service announced at June’s WWDC, with a launch in the fall. 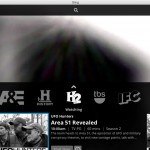