You are using an outdated browser. Please upgrade your browser to improve your experience.
Apple On The Street
by Jeff Byrnes
May 27, 2015

The BrandZ report comes out annually and Google was in the top spot for 2014. The top 10 most valuable brands for 2015 are mostly technology and telecom companies, including such names as Microsoft, IBM, AT&T, and Verizon. Some notable exceptions, though, include Visa, Coca-Cola, McDonald’s, and Marlboro.

Millward Brown’s CEO, Travyn Rhall, said, “It is no surprise to me that this year’s new number one is a brand that practically wrote the playbook on being meaningful, different and salient.” Rhall went on to explain briefly what factors most likely led to Apple’s rise back to the top of the list:

Apple, with its relentless focus on the consumer experience, as demonstrated with the launch and success of the iPhone 6, returns to the top spot with a 67 percent increase in brand value.

Millward Brown’s brand valuation methodology was developed based on 3 million consumers and more than 100,000 different brands across more than 50 markets. Brand appeal is measured against actual sales performance. The overall brand value of BrandZ’s index experienced a year-over-year increase of 14 percent to $3.3 trillion. During the past decade, brand value has risen 126 percent, even with the market turbulence of the past few years.

Another big mover in the BrandZ report, and in fact the biggest riser, is Facebook. The social media giant experienced an increase in value of 99 percent on the heels of its success in monetizing and cross-selling across its platforms.

It is definitely refreshing to see Apple’s return to the top spot on the brand valuation chart. As Cupertino continues to innovate and release new and refreshed products and services, I think they’ll maintain this momentum and remain the world’s most valuable brand. 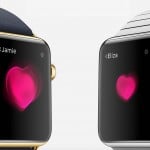 Multi-user support and split-screen multitasking are reportedly in store for iPad users
Nothing found :(
Try something else