You are using an outdated browser. Please upgrade your browser to improve your experience.
Mind On My Money
by Jeff Byrnes
May 7, 2015

Apple’s contactless payment method will make its Las Vegas debut next month, but not for gambling. The Cosmopolitan has officially announced support for Apple Pay at the resort’s front desk, concierge, restaurants, and bars, beginning in June, according to a report by Casino City Times.

Lisa Marchese, chief marketing officer for The Cosmopolitan, pointed out that “the arrival of Apple Pay on the Las Vegas Strip is a natural fit, offering increasingly mobile-centric, luxury travelers a streamlined and convenient experience.” This announcement places The Cosmopolitan, owned by Marriott, as the first local casino-resort to accept Apple Pay.

While Apple Pay won’t be accepted at The Cosmopolitan’s gambling tables or slot machines, customers will be able to use their iPhones or Apple Watches to complete many other transactions at the resort, like check into their rooms, buy meals or drinks at the establishment’s restaurants and bars, or pay for services from the concierge.

Marriott has been slowly but surely rolling out Apple Pay support, with 12 hotels and resorts slated to begin accepting the method this summer. Other resorts will surely follow suit in the near future, making it easier than ever to pay for your Las Vegas vacation.

Seeing the increasing acceptance of Apple Pay and other NFC-based payment methods is great news. The convenience of being able to just use my iPhone to make a payment instead of digging out the right credit card is something that I, and many others, definitely benefit from. For more supported Apple Pay merchants, see Bryan Wolfe’s latest roundup. 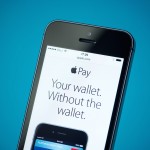 The list of supported Apple Pay merchants, cards and apps for May 2015 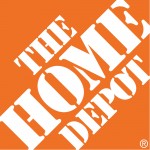 The Home Depot announces plans to officially support Apple Pay
Nothing found :(
Try something else