You are using an outdated browser. Please upgrade your browser to improve your experience.
Accessories
by Jeff Byrnes
May 19, 2015

A new take on the iPhone dock has rolled out of Cupertino’s offices, in a move that surprises just about everyone who follows all things Apple. The redesigned Lightning dock not only allows you to charge and sync your iPhone or iPod touch, but brings a couple of awesome features, too.

The Lightning dock for the iPhone 5, iPhone 5s, iPhone 6, and iPhone 6 Plus is available for purchase now for $39.99, and the accessory ships in one to three business days. The dock is also compatible with the Lightning-equipped iPod touch.

The new dock is able to perform several functions. First, you can use it to sync with your computer and charge your iPhone’s battery. If the Lightning dock is connected to an electrical outlet with an Apple USB power adapter, you can also charge your iOS device that way.

On top of its charging capability, the new Lightning dock has a few other features. During speakerphone calls, you can enjoy clear audio with your docked iPhone. The integrated 3.5mm line-out port allows you to connect powered speakers to the dock for playing back music, podcasts, etc. The dock also supports headphones that include a remote control. Finally, the dock is designed to work with official Apple-designed cases, but probably will not be compatible with third-party covers.

Since Apple has begun the move to USB-C with the new 12-inch MacBook, this release of a Lightning dock is definitely surprising. It’s been speculated that Apple’s adoption of USB-C would happen with the iPhone lineup, too, but perhaps that isn’t in Cupertino’s game plan. Of course, Apple could still decide to cease using Lightning in favor of USB-C even with this dock on the market. 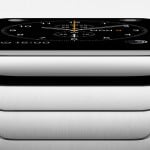 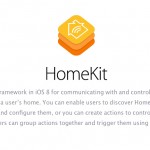 Updated: Apple reportedly pushes back the official HomeKit launch to August or September
Nothing found :(
Try something else