You are using an outdated browser. Please upgrade your browser to improve your experience.
iPhotographer
by Jeff Byrnes
May 1, 2015

Have you ever wanted to shoot a video of yourself with someone famous, like a pop star or an athlete? If Virtuacast reaches its funding goal on Kickstarter, you might be able to do just that. By using the illusion of life-size holograms you can view and interact with the depictions before sharing the resulting video on social media.

Virtuacast works by employing an iOS app and a special mat that is set on the ground. The illusion of the hologram is displayed inside the program and recorded to the video, as long as the mat is within view of your device’s camera.

The app will come with a starter library of holograms, and you will be able to grow your library via in-app purchase. With the tap of a button from within the app, you will be able to share your new Virtuacast video via Facebook or Twitter. The starter library of holograms will reportedly include famous people, animated characters, and animals like the Bengal tiger from the movie “The Hangover.”

Virtuacast is already being used for brand promotions by clients like Coca Cola, American Express, NBA, and others. The Kickstarter campaign aims to help fund the adaptation of the Virtuacast system to a consumer version that will be available on the App Store.

This seems like a fun idea, but it is also more than a bit creepy. Among the rewards in the Kickstarter campaign is the option to have your own hologram included in the library, so you could use the app to do some pretty bizarre things like make a video of you talking literally to yourself. Is Virtuacast something the public really needs? Weigh in with your comment below. 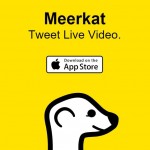 Broadcast live video to your Twitter stream with Meerkat for iOS 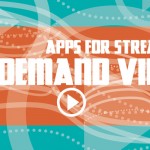 Get the best in streaming video with these apps on your iPad
Nothing found :(
Try something else