You are using an outdated browser. Please upgrade your browser to improve your experience.
Apple's Software
by Jeff Byrnes
May 22, 2015

It’s been several years since Apple has focused on quality instead of new features in its upgrade cycle for iOS and OS X. According to a recent report from 9to5Mac, though, Cupertino has decided that 2015 is the year to optimize both operating systems for stability, security, and performance. That doesn’t mean the upgrades will be without new features, though, just that more of an emphasis will be placed on quality.

Sources within Apple’s software development departments have revealed that Cupertino’s engineers have been pushing executives for a stability focus similar to the one behind the Snow Leopard update. Numerous bugs have plagued the launches of both OS X and iOS, and developers would like to have more time to focus on eliminating those flaws. Apple directors reportedly refused to pause new features altogether, but did agree to allow the development teams to focus on quality assurance by waiting on some features that had been originally planned for the upgrades.

So, what new features can we expect to see in iOS 9 and OS X 10.11? Reportedly, both operating systems will see the integration of the San Francisco font used in Apple’s Watch OS. We also expect to see multi-user support and split-screen multitasking for iPad users. There should also be a new iOS Home application for managing HomeKit devices, and an upgraded Apple Maps application with mass transit directions is expected.

On OS X 10.11, reports are that the operating system will receive system-wide interface tweaks as well as the inclusion of Control Center. Control Center, which moves many of the controls from the Mac’s Menu Bar to a pane that slides out from the left side of the display, first appeared in some early beta seeds of Yosemite, but was ultimately left out of the final release.

Security will also get a major overhaul in both iOS 9 and OS X 10.11. A new security system called “Rootless” is expected to be included in an effort to prevent malware, increase the safety of extensions, and preserve the security of sensitive data. Basically, Rootless will prevent even administrative-level users from being able to access some protected files on Apple devices. Rootless is expected to be a heavy blow to the jailbreak community, but it can supposedly be disabled on OS X.

In the realm of new features, Apple is expected to increase the use of iCloud Drive, rolling the support into Apple applications like Notes, Reminders, and Calendar. Those apps currently use an IMAP-based back end to synchronize content across devices, even if you’re using an iCloud account. Apple is also reportedly developing a new feature called “Trusted Wi-Fi,” which would allow Macs and iOS devices to connect to authorized wireless routers without additional security measures while using more heavily encrypted wireless connections for non-trusted routers.

Finally, in a surprise to many of us, sources indicate that iOS 9 will run even on older and discontinued hardware like the iPhone 4s and the original iPad mini. Apple is building a core version of iOS 9 that runs efficiently on older A5-based devices, and then enabling each properly performing feature one at a time. To make older devices even happier, Apple is preparing a major upgrade to its Swift programming language that will enable much smaller app sizes than is currently possible.

OS X 10.11 and iOS 9 are expected to be announced on June 8 at the keynote for WWDC. AppAdvice will continue to cover developing news about the upgrades as it comes to light. 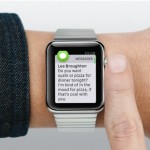 The Apple Watch’s San Francisco font will reportedly appear in iOS 9 and Mac OS X 10.11
Nothing found :(
Try something else