You are using an outdated browser. Please upgrade your browser to improve your experience.
Pocket Gaming
by Sandy Stachowiak
May 6, 2015

First released in the late 1990s, plenty of us remember playing or at least seeing the innovative Snake game. The black and white screen, four-directional movement, and goal of not crashing the snake while trying to eat fruit remains timeless.

Now the game’s original creator Taneli Armanto, in conjunction with Rumilus Design, is releasing a modern take on the classic game. Snake Rewind will be released for iOS, Android, and Windows Phone on May 14, 2015.

The most notable new feature exists right within the name. Players will have the ability to rewind the snake after a crash in order to continue the game. Other expected features of Snake Rewind include:

Check out a preview of Snake Rewind and click here if you are unable to view the video:

Created together with Rumilus Design, Snake Rewind takes the iconic elements and intuitive gameplay from the original Snake game and combines them with cool visual effects, sounds and innovative new features.

Snake Rewind will be available for free with in-app purchases available. Be sure to check back with AppAdvice for an update on the release of this contemporary remake. 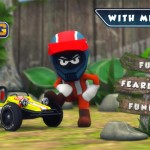 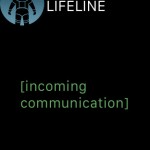 Lifeline provides a unique sci-fi gaming experience with many possible outcomes
Nothing found :(
Try something else