You are using an outdated browser. Please upgrade your browser to improve your experience.
Post-PC Era
by Jeff Byrnes
May 12, 2015

Managers of busy restaurants need the capability to get immediate insight into the operations of their establishments. OTG, an award-winning hospitality group specializing in airport dining establishments, has introduced the first commercial deployment of an Apple Watch app. This companion app leverages the notification features of the wearable device in order to give restaurant managers exactly the level of immediate insight they need. 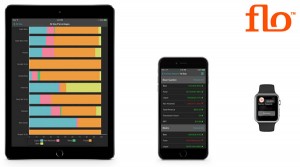 As part of an iOS-based ecosystem that OTG has developed internally, Flo leverages a network of iPads, iPhones, and now Apple Watches deployed strategically throughout the restaurant. This platform is helping to lead a digital transformation in the hospitality sector. OTG first launched its Flo app platform along with digital menus on more than 6,000 iPads installed in five major airports. When a flier places an order from the digital menu, it is sent directly to Flo, running on an iPad in the kitchen, so the staff can begin preparing the meal. 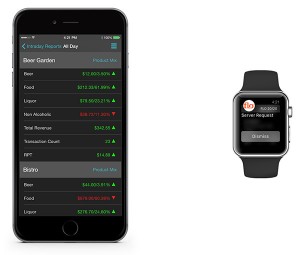 Rick Blatstein, CEO of OTG, says, “Our business is centered around our customers, and the understanding that their time is extremely valuable. We have invested significantly in technology to ensure the efficiency of our operations, and the Apple Watch is an ideal platform to enable us to respond even faster.”

The Apple Watch companion is being tested at United’s Terminal C in Newark Airport, and allows restaurant managers in the terminal’s dining locations to receive real time updates on kitchen operations, customer feedback, inventory levels, and sales performance. While the initial launch of OTG’s software is still limited to airports, the company has plans to roll out its Flo system commercially for restauranteurs in all market segments sometime within the next year. 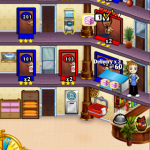