You are using an outdated browser. Please upgrade your browser to improve your experience.
That iThingy You're Wearing
by Jeff Byrnes
May 1, 2015

Don’t get me wrong, there are issues that pop up with any new Apple product launch, and I wasn’t expecting Apple Watch to be any different. Some of the quirks that have shown up have been a bit silly, like the smartwatch not sensing skin contact for people with heavily tattooed wrists. Other problems, though, are a bit more dangerous either in what they are, like the bands not locking properly, or in how Apple suggests remedying the situation. In this latest fault, the recommended solution strikes me as a bit on the risky side.

This minor problem lies in the digital crown, located on the side of Apple Watch and used as the primary input method on the wearable device other than touch. A number of users in Apple’s support communities have been experiencing an issue with the digital crown becoming stuck or difficult to turn. Some owners say the crown feels stuck for a moment before loosening and turning properly, while others say it is consistently difficult to turn.

The recommended solution, according to Apple? In a support document, Cupertino recommends putting the digital crown under lightly running warm, fresh water from a faucet, while turning and pressing it as the water runs over the small gap between the input button and the housing.

This strikes me as potentially harmful to the device, because most waterproof or water resistant devices are accompanied by instructions to not press any buttons or move the crown while the watch is under water. The gaskets and O-rings that prevent water ingress are usually bypassed when you depress a button, so I’d be nervous about liquid getting inside the device if you follow Apple’s instructions.

The issue does not appear to be very widespread as of yet, since the community forum post has less than 100 replies in the thread at the time of this writing. According to MacRumors, several users have taken their Apple Watches to be checked out at a store, and employees have confirmed that the stickiness is not normal. The quick water rinse doesn’t solve the problem for everyone or for long, so I’d recommend taking your Apple Watch to a Genius Bar for evaluation if you’re affected. Customers who have gone into Apple Stores with the issues have received either repairs to their smartwatches or replacement devices, with Cupertino quoting week-long wait times for a fix. 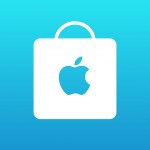 The Apple Store is finally available on your smartwatch 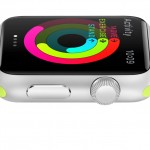 A new teardown says the 38mm Apple Watch Sport only costs $83.70 to build
Nothing found :(
Try something else