You are using an outdated browser. Please upgrade your browser to improve your experience.
by Jeff Byrnes
June 2, 2015

Updated: Almost as quickly as it began, the problems with Apple’s online services have ended. There has been no word from Cupertino about what caused the brief downtime, but everything appears to be working once more.

Even though Apple’s System Status page indicates all systems are go, iCloud is definitely having problems at the moment. Our own iPhones and Macs are unable to access iCloud, download from the App Store, and possibly access other Apple services. The problem appears to be fairly widespread, with reports coming across Twitter and from the folks over at 9to5Mac.

Installing and updating software from the App Store is failing, even though you can view the available updates and other parts of the app just fine. Downloads from iTunes and iBooks also seem to be affected.

Email accounts using iCloud are unavailable for either sending or receiving, according to my testing. At the same time, the Notes application still syncs across devices.

We will update you as we learn more about these issues, but for now, just count on not being able to use many of Apple’s online services. 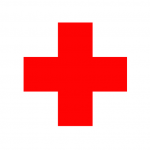 Here's how you can help the victims of the Nepal earthquake via Apple's iTunes or App Store
Nothing found :(
Try something else