You are using an outdated browser. Please upgrade your browser to improve your experience.
Music
by Jeff Byrnes
June 18, 2015

Apple’s new live radio station, Beats 1, will launch on June 30, and a preview of the new station is available to iOS 8.4 and 9.0 beta users now. The question is, who is Apple trying to reach with this radio station? Cupertino hasn’t come right out and said who the target audience is for Beats 1, but I have a pretty good guess of who it should be.

The target audience for Beats 1 should be the music consumer, the person who actually decides to purchase songs and albums. Yes, Apple will certainly include advertisements on the new radio station, but Beats 1 is not like your typical broadcaster. Typically, radio stations make their money by selling advertising, but Apple has a much greater market already in play: the iTunes music library.

Beats 1 should be aimed at the people who are more likely to purchase music from the iTunes music library. If you think this demographic is the teenage group of consumers, you’re outdated by about 10 years. A decade ago, 13- to 17-year-olds were a huge force for the music industry, but that just isn’t the case anymore. Teenagers aren’t buying music the way they used to, at least according to a 2014 MusicWatch study.

Instead, the middle-aged are the ones buying music. According to MusicWatch’s estimate, 61 percent of people who bought CDs in 2014 were aged 36 and up. In 2004, consumers over 50 were just 19 percent of the CD-buying population, but now they’re more than a third. By way of comparison, the teenage demographic only purchased seven percent of the CDs sold in 2014.

“Wait a minute, Jeff,” you’re probably saying. “We’re talking about iTunes here, not CDs.” That’s true, but the older generation is becoming increasingly comfortable with digital downloads, too. The 36- to 50-year-old age group accounted for more than 25 percent of digital purchases in 2014, while the teenage group only accounted for 13 percent of digital music purchases.

If Apple wants to truly leverage Beats 1 into a new marketing strategy for iTunes, it needs to appeal to the folks who are actually buying music. In the past, that market was composed of teenagers, but today things are different. Apple needs to be focusing on the group of people who are between the ages of 36 and 50. 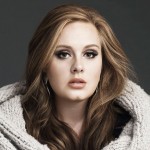 Apple Music may launch without Adele and the Arctic Monkeys 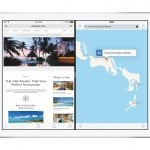 Will Apple’s iOS 9 beta 2 arrive next week?
Nothing found :(
Try something else