Five Nights at Freddy’s has been an amazing success, and developer Scott Cawthon has been teasing us about an upcoming fourth installment in the series for the past several weeks. Until now, each teaser has been an image of something from the Freddy series. First, a simple image of Freddy’s hat appeared, followed by the same picture with the hat missing. After that, there were images of animatronics from the Freddy series. In this latest teaser, all we get is a purple hat and bow tie placed on the floor in the middle of a dark room. 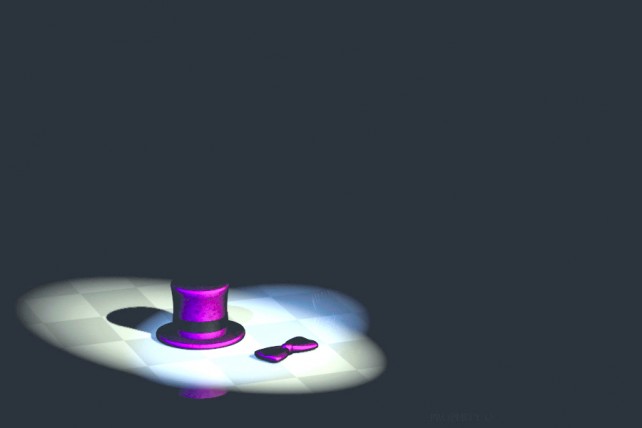 When you brighten the image, though, text appears in the lower right corner of the picture. Some sources, such as TouchArcade, say the text reads “Property of Fr…..r,” but all I was able to eke out of the image using Photoshop CC was the first two words. This cryptic image has sent Freddy fans into a frenzy on Reddit. Some say the text should be “Property of Fredbears Family Diner.” Others insist that it is “Property of Freddy Fazbear Pizzeria,” which makes more sense given the game’s backstory. 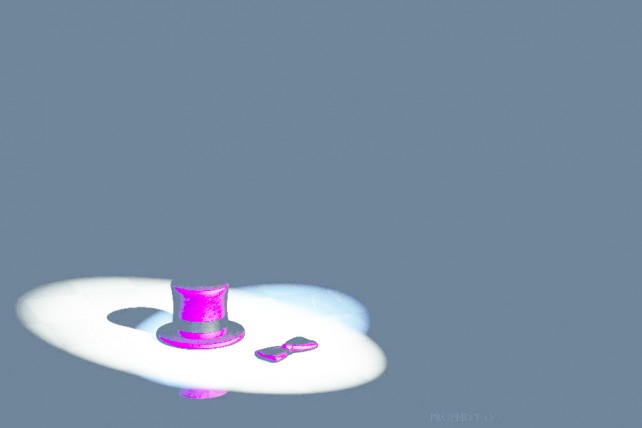 As far as the purple hat and bowtie, that’s got people talking, too. Some say the hat and bow tie belong to the Purple Guy, while others say it is probably part of Golden Freddy’s new attire. Still others suggest that the accessories belong to a Purple Bonnie, since the character has always worn a bow tie.

Whatever the answer is, Cawthon isn’t talking about it. We will have to wait for the next teaser or trailer. In the meantime, check out the latest installment, Five Nights at Freddy’s 3, available for $2.99 on the App Store. 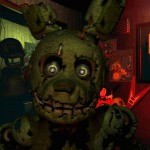 Five Nights at Freddy’s 4 coming this fall? It’s time for another in the scary series 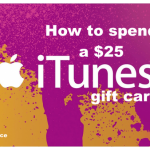