You are using an outdated browser. Please upgrade your browser to improve your experience.
Pocket Gaming
by Sandy Stachowiak
June 17, 2015

Previously only available in Japan as Kingdom Hearts X, a version of the game will be coming to North America as Kingdom Hearts Unchained X (read as Unchained “Key”). From Square Enix and Disney Interactive, this is the first game in the series being released for both iOS and Android mobile devices.

For the first time in the series history, players will create their very own Keyblade wielder and adventure through Disney worlds with beautiful and stylized art, while interacting with a rich cast of memorable Disney characters.

Check out the Kingdom Hearts Unchained X announcement trailer and click here if you cannot view the video:

From the looks of the video, the game will include classic characters Mickey Mouse, Pluto, Donald Duck, and even the Seven Dwarfs, to name a few. You can also look forward to boss battles, customization for characters, and team play. There will also be an assortment of outfits and a new Avatar system. All of this should make this a very personalized experience for Kingdom Hearts fans.

There has been no release date announced yet for the game in North America. So, be sure to check back with AppAdvice for news and updates on the launch of Kingdom Hearts Unchained X. 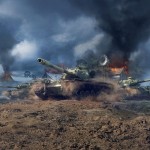 World of Tanks Blitz 1.10 update has finally rolled in 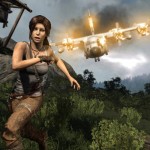