You are using an outdated browser. Please upgrade your browser to improve your experience.
iCarriers
by Jeff Byrnes
June 12, 2015

According to a recent report from Fortune, the Federal Communications Commission has won a major victory against the telecommunications industry. The U.S. Court of Appeals for the District of Columbia Circuit has refused to grant a request to suspend net neutrality rules. The new rules, passed by the FCC in February, forbid Internet providers from blocking or throttling certain Web pages or from giving preferential treatment to specific sites. Since the Appeals Court refused to grant the suspension, the new net neutrality rules go into effect Friday, June 12.

Telecommunications companies like AT&T, Comcast, and Verizon claimed that the rules extended beyond the FCC’s powers, and challenged the regulations in court. As part of the court action, telecommunications providers were asking the court to consider the matter serious enough to impose a temporary stay until the full hearing takes place later this year.

FCC Chairman Tom Wheeler made a statement expressing his happiness with the court’s decision so far:

This is a huge victory for Internet consumers and innovators! Starting Friday, there will be a referee on the field to keep the Internet fast, fair and open. Blocking, throttling, pay-for-priority fast lanes and other efforts to come between consumers and the Internet are now things of the past. The rules also give broadband providers the certainty and economic incentive to build fast and competitive broadband networks.

For at least the next few months, the broadband industry will be regulated under the FCC’s Title II powers. The game’s not over, though, as the parties are preparing their final arguments for a full court hearing sometime this year. In its order refusing the suspension, the District of Columbia Circuit Court also agreed to expedite scheduling the final hearing. 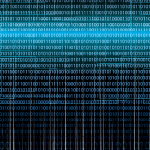 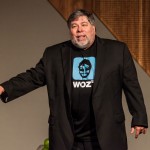 Apple co-founder Steve Wozniak says the net neutrality decision is a ‘victory for the people’
Nothing found :(
Try something else