You are using an outdated browser. Please upgrade your browser to improve your experience.
Pocket Gaming
by Jeff Byrnes
June 9, 2015

ZeptoLab and Blockade Entertainment are bringing Om Nom, the lovable green monster from Cut the Rope, to the movie screen as a full theatrical release. Cut the Rope was originally launched in 2010, and stars Om Nom trying to satisfy his incredible appetite for anything sugary.

The upcoming animated film, tentatively titled “Om Nom,” tells the tale of 13-year-old Evan, who unwittingly unleashed Om Nom on the world, and now has to try stopping the green creature from wreaking too much havoc on his formerly quiet town. In the process, Evan and his little sister Jordan have to avoid a host of government agents, shady characters, and other unique creatures who are all trying to capture Om Nom for themselves.

Om Nom is the cornerstone of the “Cut the Rope” series and his story is inseparable from the gameplay. Of course, it’s not always possible to include a full plot and character development in a mobile puzzle game, which is why we created the “Om Nom Stories” YouTube series. These have been so successful that a full-length animated movie was a logical continuation, and also a great opportunity to tell Om Nom’s story to as many people as possible.

The film is being produced by Blockade’s CEO Brad Foxhoven and vice president of development David Wohl. Zeptolab’s chief technology officer Efim Voinov and creative director Voinov will serve as executive producers of the movie. “Om Nom” is scheduled to arrive in theaters in late 2016, and more information can be found through the Cut the Rope Web page. 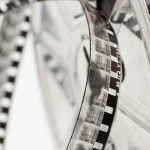 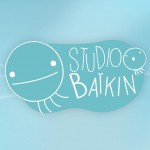 Put your movie knowledge to the test in Climax
Nothing found :(
Try something else