You are using an outdated browser. Please upgrade your browser to improve your experience.
Accessories
by Jeff Byrnes
June 16, 2015

There are quite a few docks already available for Apple Watch, but not many will house both your smartwatch and your iPhone in style. A project developed by Designed by Many hopes to launch a combined dock that is both simple and stylish, while being made completely in the U.S. Raising funds now on Kickstarter, Simple Station bills itself as a premium docking solution for your Apple Watch and iPhone. 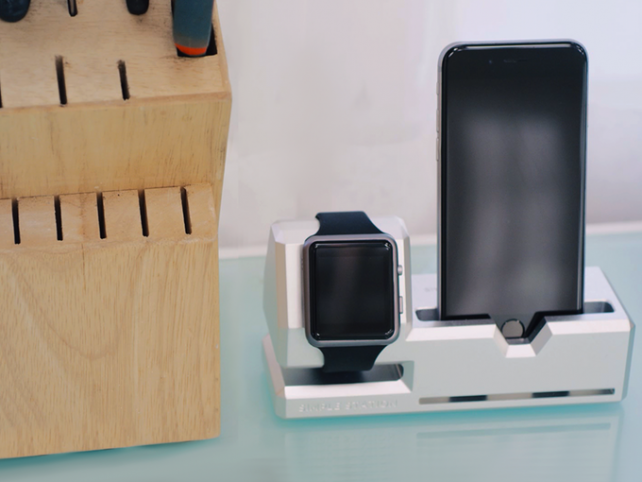 The dock will be manufactured in the U.S. by skilled craftsmen and engineers with more than 25 years of experience. It starts as a single block of aerospace aluminum, and is sculpted on a CNC five-axis machine before being tumbled and anodized.

Simple Station has a built in cable management system, so you can tuck your wires away out of sight. This allows for a more beautiful presentation of your devices, while still allowing them to be charged. You can also be assured of the wires being out of the way so you don’t snag them or accidentally unplug them. 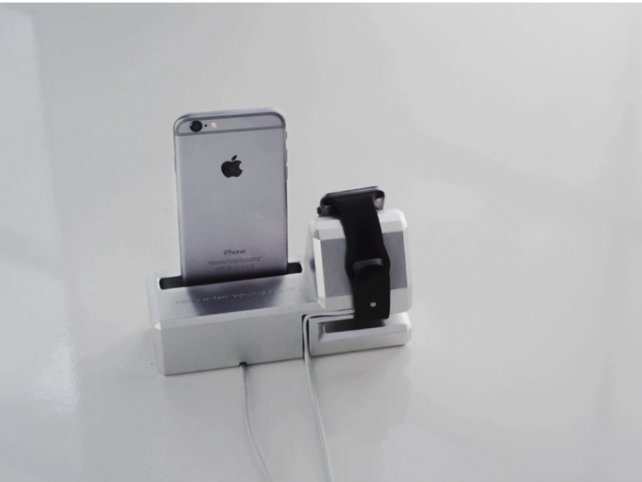 Finally, Simple Station has a built in sound amplifier. The slot at the bottom of the dock is said to be great for listening to music or amplifying your bedside alarm. 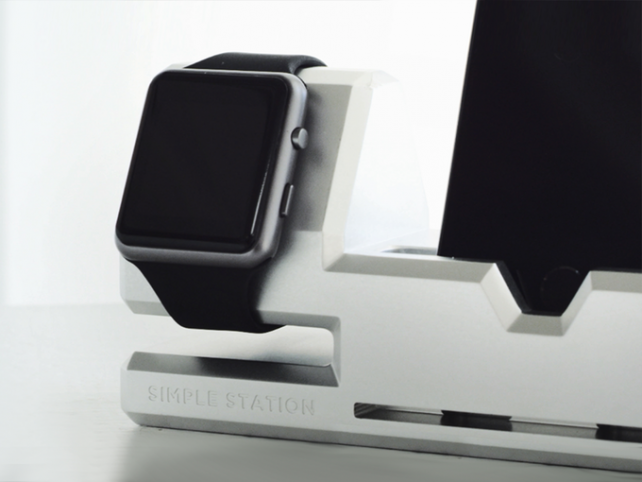 The Simple Station is being launched by way of Kickstarter, and needs to raise $30,000 by August 1, 2015 to become a reality. Pledges start at just $5. The same project is also being used to fund an Apple Watch case called the Banded Classic, an aluminum housing for your smartwatch that comes with leather straps. I wish Designed by Many had launched separate Kickstarter campaigns for the two products, but there you have it.

The 10 biggest tech stories this week: Apple Music and the rest from WWDC