You are using an outdated browser. Please upgrade your browser to improve your experience.
Music
by Jeff Byrnes
June 21, 2015

American singer-songwriter and actress Taylor Swift has just written a “love letter” to Cupertino regarding Apple Music and the absence of her latest album, “1989,” from the streaming service. Swift points out in her letter, published on her Tumblr account, that she admires Apple and that Cupertino is a major part of her ability to sell her music and interact with her fans.

I feel this deserves an explanation because Apple has been and will continue to be one of my best partners in selling music and creating ways for me to connect with my fans. I respect the company and the truly ingenious minds that have created a legacy based on innovation and pushing the right boundaries.

The problem, Swift notes, lies within the free three month trial period offered for Apple Music. Under the terms that Apple has negotiated with the music industry, royalties are not paid for the trial period, a sticking point for Swift and many other artists. Swift says that she finds it “shocking, disappointing, and completely unlike this historically progressive and generous company.”

Swift’s letter makes it clear that her stance is not really about her or any other successful musician, since she admits that she “can support myself, my band, crew, and entire management team by playing live shows.” Instead, her decision to keep her latest album off of Apple Music is out of protest on behalf of younger artists who cannot survive without the royalty payments.

This is about the new artist or band that has just released their first single and will not be paid for its success. This is about the young songwriter who just got his or her first cut and thought that the royalties from that would get them out of debt. This is about the producer who works tirelessly to innovate and create, just like the innovators and creators at Apple are pioneering in their field…but will not get paid for a quarter of a year’s worth of plays on his or her songs.

Many people say that musicians, labels, and producers are already getting plenty of money and can afford to go without three months worth of pay. For one thing, Swift points out beautifully the plight of the young artist struggling to find their way in the music industry. What of those musicians, who don’t sell out live shows and therefore can’t rely on anything other than the royalties from airtime? What about the new producer who is just getting his or her feet wet?

At the same time, whether or not the artists can live without the royalties isn’t really the point, is it? Perhaps they can, but why should they? If someone asked you to work for free for three months, what would you tell them? I’d tell them to take a long walk off a short pier, and I don’t blame the independent or major artists for saying the same thing. As Swift notes in closing her letter, “We don’t ask you for free iPhones. Please don’t ask us to provide you with our music for no compensation.” 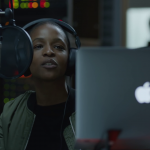 The 10 biggest tech stories: Talk shifts to the 'Apple Watch 2' 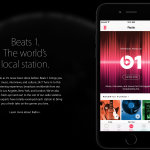 Apple Music’s Radio feature is showing up early
Nothing found :(
Try something else