You are using an outdated browser. Please upgrade your browser to improve your experience.
iDevices
by Jeff Byrnes
June 26, 2015

Some affected users have stated that disabling Wi-Fi Calling has fixed the so-called “blue screen of death.” Others have said that doing a hard reset on their phones alleviated the problem. Still others were forced to get replacement iPhones.

Currently, there isn’t a definitive explanation for why this is happening. Some believe there is a problem with the phone’s memory, but that doesn’t sound viable because the problem is only affecting devices from T-Mobile.

Another possibility involves LTE.  A report from Engadget states that some readers have fixed their phones, at least temporarily, by disabling VoLTE (voice over LTE) or shutting off LTE.  This is perplexing, because VoLTE and LTE should not come into play when Wi-Fi Calling is enabled.

The problem is affecting iPhone 5s, iPhone 6, and iPhone 6 Plus models and is happening on multiple versions of iOS from iOS 8 through iOS 8.3. We’ll continue to follow this story. 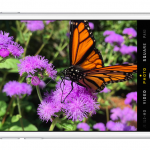 Take photos like a pro: Everything to know about your iPhone camera

What you need to do to get Apple Music
Nothing found :(
Try something else