You are using an outdated browser. Please upgrade your browser to improve your experience.
App-dicted
by Jeff Byrnes
June 10, 2015

Even though iOS 9 can run on every device that supports iOS 8, the new version allows developers to cut off older devices in a way that was not possible before. According to a report from 9to5Mac, app developers are now free to specify compatibility requirements that exclude any devices that do not have a 64-bit architecture. What this means is that all models of the iPod touch, every iPhone prior to the iPhone 5s, and all iPads before the iPad Air cannot install apps if the developers require 64-bit CPUs.

When Apple started using the A7 CPU in the iPhone 5s, it ushered in an era of 64-bit computing for its mobile devices. Developers frequently criticize the fact that they have to support much older platforms, such as the slow A5 processor, and they will likely welcome the convenience of being able to simplify development by limiting apps to 64-bit devices.

Software written for 64-bit architectures will not run on 32-bit devices, unless that software is also written to support both platforms. In some cases, this can be a strain on developers and even eliminate the possibility of including certain features or technology in the app. However, there is a strong possibility that developers will choose to cut off compatibility for older devices out of convenience rather than technical necessity.

While developers’ lives could be made easier by this new capability, it could also mean that iPhone and iPad users find their devices become obsolete faster as less apps support them. That’s an unfortunate, but maybe necessary, aspect of iOS development. 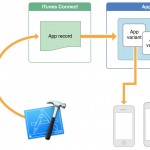 Here's how iOS 9 actually saves space on your iOS device 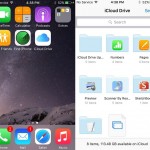 Apple's iOS 9 offers a dedicated iCloud Drive app
Nothing found :(
Try something else