You are using an outdated browser. Please upgrade your browser to improve your experience.
Apple Announces
by Bryan M. Wolfe
June 4, 2015

On Monday, June 8, Apple is likely to announce “iOS 9″ for the iPhone/iPod touch, iPad, and Apple Watch.

Unlike iOS 7 and iOS 8, iOS 9 shouldn’t be a significant update. As 9to5Mac first noted in February, the update is likely to focus on stabilizing and optimizing the operating system. We hope that this assessment is correct. The last two iOS updates were huge, and for Apple to take a breather wouldn’t be such a bad idea.

Despite this, we still hope to see some changes arrive with iOS 9. Among those:

Users are still unable to try apps before they buy. Many developers have launched “lite” versions to get around this limitation, but that only goes so far.

Apple should allow developers to offer apps with time and/or content limits that expire after a threshold is reached. This way, users would have a better idea of what to expect from an app without spending a dime, and developers would have the choice to ditch “lite” apps once and for all. Likelihood: ★☆☆☆☆

Some Apple IDs were created 15 years ago as membership IDs for people paying for their iTools and .Mac services. Apple IDs are now used elsewhere, including the iTunes and App Stores. Because of this, many people have more than one Apple ID. We should be able to merge these. Likelihood: ★★☆☆☆

The iCloud Drive is an important feature in both iOS 8 and OS X 10.10. Unfortunately, there is no way to access the iCloud Drive outside of an app. In iOS 9, we hope that Apple finally gives us a native iCloud Drive app. Likelihood: ★★★★☆

In iOS 9, Apple should make it easier to find recently updated apps that aren’t installed on the iOS device. At the minimum, you should be able to sort purchased apps according to category.

Taking it a step further, Apple should offer a way for users to “save” certain apps to the iOS home screen, even when they aren’t actually installed. That way, a user would receive an alert whenever the apps get an update. Based on this information, the user could then decide whether to reinstall the app. Likelihood: ★★☆☆☆

Apple doesn’t offer native Weather and Stocks apps on the iPad. This continues to be a head scratcher since both apps on the iPhone were beautifully redesigned in iOS 7.

Clear all open apps and notifications at once

My daughter really likes to use my iPhone 6 Plus when we’re road tripping, despite her owning an iPad mini 2. Hours later, my smartphone is littered with countless open kids games. There really needs to be a way to close these. This is something that Apple should have been offering in iOS 6, iOS 7, iOS 8, and yes, now iOS 9.

Come on, Apple. While you’re at it, let us trash all of our Notifications at once too. Likelihood: ★★★☆☆

This is one of those features that was expected in iOS 8. Our thinking is that it will finally be revealed at the “iPad Pro” event, which probably isn’t next month. When the feature does arrive, expect it to be supported on all iPad models. Likelihood: ★★★★☆ (but not in June)

The current crop of dynamic wallpapers are boring — and dated. We’d like to see more of these and given the ability to make our own. Likelihood: ★★☆☆☆

Most iPhone users don’t own an Apple Watch — and never will. With this in mind, the official Apple Watch app shouldn’t show up on every iPhone. Adding it to a folder doesn’t count. Likelihood: ★☆☆☆☆

The Apple Watch features a power reserve mode that should be added to iPhone with iOS 9. This one sounds like a no brainer, no? Likelihood: ★★☆☆☆☆

As a reminder, Apple is live streaming the Worldwide Developer Conference (WWDC) keynote address on Monday beginning at 10 a.m. PDT. Please visit AppAdvice for full coverage and commentary for this very important event. 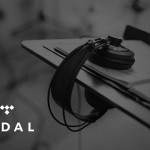 Tidal makes some big changes before Apple Music’s debut
Nothing found :(
Try something else