You are using an outdated browser. Please upgrade your browser to improve your experience.
Pocket Gaming
by Jeff Byrnes
July 27, 2015

Card battling games are often a fun way to pass the time, and Rocketcat Games has a new one on the horizon. Five Card Quest is a turn-based game that balances strategy and planning. In this title, you’ll use cards from a hand of five, laying out your moves and attacks towards the enemy.

The game appears to have a variety of fantasy role-playing classes, like mages, rogues, and healers. Each of these character types have their own special abilities in the cards, and you must wisely use your attacks and defenses to fight your way to victory.

According to TouchArcade, the game has been in development for some time now, but a video trailer of the beta has just been released. Check out the action below, or click this link if it fails to load.

The game looks fun and exciting, but I’ll admit that I’m not a fan of the angular graphics and jagged animations. This is just a beta version, though, so the final version might see the edges smoothed out in both the artwork and the character movement.

Rocketcat Games states that they hope to submit the game in late August, for a release sometime in September. However, the developer says there is still some bug-fixing and polishing to be done first, so that tentative launch date could easily be a moving target. 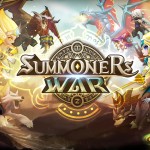 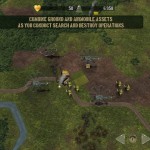 Vietnam '65 brings strategy gamers a historical warfront
Nothing found :(
Try something else