You are using an outdated browser. Please upgrade your browser to improve your experience.
Connected Theater
by Jeff Byrnes
July 27, 2015

Iger, who also serves on Apple’s board of directors, told CNBC that such a move won’t happen anytime within the next five years. He was answering questions about the future of the network in a market that keeps becoming more difficult for cable providers. According to Enterprise, ESPN lost 3.2 million viewers over the last year, as customers either cut the cord altogether or chose packages that didn’t include the industry’s most expensive channel. Enterprise elaborates that the sports network accounts for about $6.00 of most cable bills.

Even with ESPN being so intent on earning money however it can, don’t expect it to show up for cord-cutters anytime soon. From Iger’s statements, it sounds like offering the sports channel directly to consumers will be a reaction to continued loss of subscribers, not as a way to broaden the audience. I doubt ESPN would even appear as part of the streaming TV service Apple is expected to unveil in the autumn. 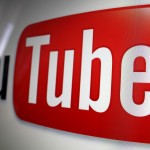 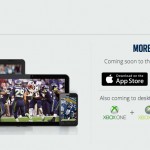 Apple TV users will soon be able to watch full NFL games
Nothing found :(
Try something else