You are using an outdated browser. Please upgrade your browser to improve your experience.
Music
by Jeff Byrnes
July 7, 2015

When iOS 8.4 was released, along with the new built-in Apple Music service, one thing was notably missing: Home Sharing for songs. The feature continues to work for video, and Home Sharing for music works fine on the Mac and Apple TV, but you can no longer use the feature for audio tracks under iOS. This caused quite an outcry among users, and we’ve been scratching our heads trying to figure out why the feature was removed.

According to Eddy Cue, Apple’s senior vice president of Internet software and services, the feature is on its way back. The iTunes chief took to Twitter in the late afternoon of July 6, letting us know that Home Sharing is making a return in iOS 9.

@inklake We are working to have Home Sharing in iOS 9.

This is definitely good news for families with large music libraries because it allows them to share a master collection of songs to all of their devices without taking up room on those handsets or tablets. It’s still confusing why the feature was removed from iOS 8.4, but at least it is making a comeback in the next version of the mobile operating system.

I also like seeing the way Apple has embraced social media lately. Cue has been very active on Twitter over the past few weeks, using the platform to announce Apple’s plans to pay artists during the Apple Music free trial period. Cue also used Twitter to let developers know that Apple Music support for iOS 9 would be included in an upcoming beta seed.

Apple’s iOS 9 update is expected to be released to the public this fall. 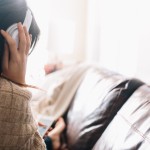 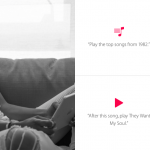