You are using an outdated browser. Please upgrade your browser to improve your experience.
Apple's Software
by Bryan M. Wolfe
July 20, 2015

Developers finally got their hands on iOS 9 beta 3 and Apple Music on Wednesday, July 8. Apple is likely to launch iOS 9 beta 4 in the coming days.

In 2014, iOS 8 beta 4 arrived 14 days after the previous version. A year earlier, iOS 7 beta 4 didn’t launch for 21 days. Given the significance of iOS 9 beta 3, which besides Apple Music included the first version of the iOS 9 News app, we don’t anticipate a refresh until next week.

First introduced during the Worldwide Developers Conference (WWDC) keynote in June, iOS 9 features a number of under the hood changes, including a revised Notes app and multitasking for iPad.

Apple’s iOS 9 should arrive for the public this fall alongside the 2015 iPhone lineup. 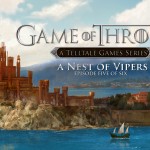 Apple launches new iPods during the week that was
Nothing found :(
Try something else