You are using an outdated browser. Please upgrade your browser to improve your experience.
iSilly: Wacky, Fun & Random
by Jeff Byrnes
August 18, 2015

It had to happen. It was practically begging to happen. Someone figured out a way to make Amazon’s Dash button useful for something other than ordering stuff for them. If you’re willing to tinker with the tiny adhesive physical trigger a bit, you can also turn it into an Internet of Things tracking device, as Ted Benson has already proven. According to an article from Engadget, Benson believes that repurposing a Dash button to do something other than ordering a product will take you less than 10 minutes.

Benson managed to hack a diaper-ordering Dash button to track how often his baby poops or how many times he wakes up each night. You see, Amazon’s buttons aren’t constantly connected to Wi-Fi, coming to life only when pushed. So, Benson’s workaround detects when the button is trying to access the Internet and registers that as a trigger for something other than buying an item from Amazon.

Benson has provided the Python script needed to make this little hack work, a simple program that tracks when the button tries to connect to your Wi-Fi hotspot. Once it gets a hit, the program records a datapoint in a Google Doc spreadsheet. You just have to make sure you set up the button not to order anything, or you’ll have a pretty hefty bill from Amazon. Luckily, disabling purchases from the button is very easy to do when you first start using it.

If you’ve got a bit of technical know-how and want to try this for yourself, Benson has provided the code needed in his Medium post. Watch Benson’s video below, or click here if it fails to load. Then go try it for yourself, because it’s a really nifty hack that just might convince me to buy one of those buttons that I used to think were such an idiotic idea. 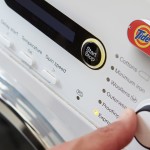 Amazon wants you to Dash to them instead of the store