You are using an outdated browser. Please upgrade your browser to improve your experience.
iDevices
by Jeff Byrnes
August 19, 2015

Reputable KGI Securities analyst Ming-Chi Kuo has issued another prediction, suggesting that the rumored 12.9-inch iPad will enter mass production sometime in September or October. Kuo also believes the so-called “iPad Pro” will come equipped with a Force Touch-enabled stylus accessory to allow for easier navigation of the larger screen real estate, according to a MacRumors report.

The stylus will be assembled exclusively by manufacturer Cheng Uei, Kuo states. Recent market feedback of ForceTouch on the MacBook and Apple Watch are cited as reasons the technology won’t drive sales on its own, but Kuo believes that Cupertino’s commitment to maintaining consistency across all of its devices will result in the technology being implemented on all of the company’s future products.

If Apple does include a stylus with the iPad Pro, it will mark the first time Cupertino has included such an accessory since the ill-fated Newton. Steve Jobs reportedly hated the stylus, and that was one of the reasons he killed the Newton, according to an article from Slate. If Kuo is right, then it becomes clear that now-CEO Tim Cook doesn’t share Jobs’ disdain for using something other than your fingers on a touch screen.

If mass production is set to begin as late as October, it seems unlikely that the iPad Pro would be announced at the rumored Sept. 9 Apple event. More likely, the iPad Pro will see a mid- to late-fall launch, if Kuo’s prediction is accurate. I just want the wait to be over, and Apple to finally announce the new product and its price points. 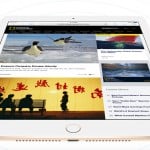 Apple may disappoint buyers looking for an 'iPad Air 3' 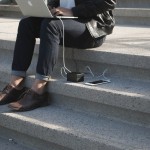 BatteryBox powers your MacBook and iOS devices for hours
Nothing found :(
Try something else